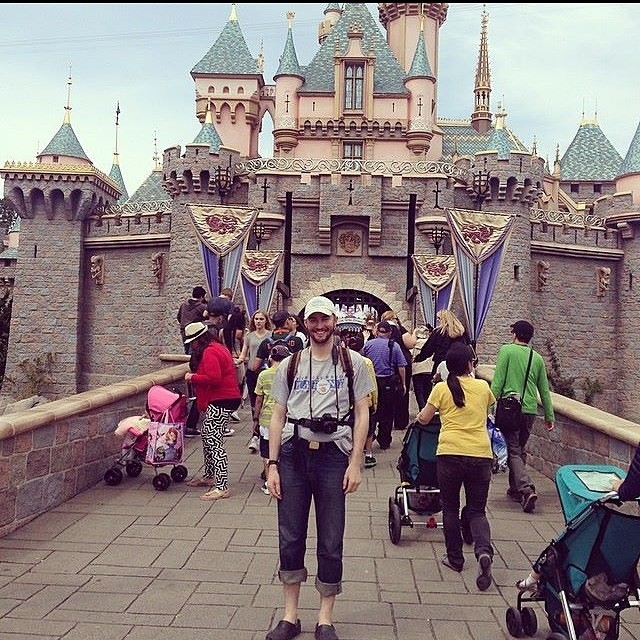 Lindsay had a few days off for spring break. “Wow, that’s great” – That’s what you might be saying. But YOU ARE RIGHT! It was great! I took a few days off (three, if you want to know) and we had a 5 day great weekend. I should add that prior to this amazing weekend I had an amazing birthday party, thanks to Lindsay, complete with oysters (and a super cool dude who shucked them for us), friends from all over the place, etc.

Anyway, last weekend. Wednesday night we drove down to Big Sur and camped right off the 1 at Kirks Creek, an awesome campground right on the coast. To be honest, I was not in a particularly great mood on Wednesday, mainly because I was very tired, so I took a nap (the second in a week, which is some sort of insane record for me). I woke up from the nap, Lindsay and I had dinner (I believe we had chicken bratwurst, if such a thing exists). Then, we played a game of cribbage, which was a great game of cribbage. After these exiting events, we went to bed (around 9:30pm, although Lindsay stayed up for another hour or so reading).

Around 12:15 we woke up, got in the car, and drove ~20 minutes along the 1 to this insane compound/cult/spa/retreat/magical place. Basically there is this thousand dollar a day spa that is huge, but in the middle of nowhere, and then open up every night from 1am until 3am for clothing optional natural mineral baths. These aren’t just your normal run of the mill mineral springs, they are in this (as I’ve mentioned) insane space, on top of a cliff overlooking the ocean. You could see/hear the ocean crashing on the rocks below, and the stars were out and it was a clear night and probably in part because of how tired/dazed I was it was an amazing experience. I’m very happy we went.

The next day at breakfast we weren’t exactly sure what we were going to do to be honest. We had originally planned to go to Disneyland, but earlier in the week we were worried that it might not work out with Sai. But with a bit of sleep I felt a bit more positive/energetic and gave Nick a call to see if he’d be cool with us leaving Sai at his place during the day while we were at Disney. Being the great friend he is, he said “no problem” and the rest is history, which you’ll read about next.

We drove down to LA (which btw, if you have never driven from Northern California to Southern California on the 1, it’s worth doing, it’s a beautiful drive, but I wouldn’t recommend doing it EVERY time you’re driving) which took us way longer then it should. I sometimes talk shit about SoCal (always joking of course), but one thing I really don’t like is that we seem to end up in shitty traffic every time we drive down. Oh well. We drove down to LA OK? That’s the point.

So anyway, Thursday we had dinner and that was great. Then we went to bed. Then we woke up and had what I would classify an amazing day. First, on the drive down to LA we spent an hour or so reading through various tutorials on how to maximize your time at Disneyland and minimize wait times. I won’t go into many details here because you can easily find tons of information on google if you’re interested, but things like how exactly the FastPass system works, which rides tend to have longer lines and at which times, etc. When we got into the part, we ran past all of the families pushing strollers and got in the front of all of the lines, grabbed FastPasses while the other figured out the shortest lines, etc.

+ We rode most of the big rides without waiting more then 10 minutes (which was insane)
+ Related, but the park was busy (of course), just busy enough, but not so crazy you couldn’t find a place to sit if you wanted, etc
+ I was not scared on any of the rides (the last time I went to Disney I cried on Space Mountain)
+ I genuinely felt really happy to be there, and like it was a “magical” sort of experience. Part of the “magic” was probably just the number of people there that seemed to be having a good time, but it was also fun to be a “kid” (as cliche and Disney commercialish that is to say) and I really appreciate all of the attention to detail, etc. Just a happy sort of place (“The Happiest Place on Earth”!)

– The rides, if I were to be honest, were not as spectacular as I remember. I think a big part of that is just growing up, but on most of the rides we went on I left feeling at least somewhat underwhelmed. Some rides (such as the Matterhorn Bobsleds) I felt very underwhelmed
– Lindsay was perhaps not experiencing the “magic” feeling as much as I did above – not to say that she didn’t have a very good time (she did I think), but she didn’t feel depressed when we left (I did!) and perhaps wouldn’t be as likely to go back next year. I think I could go back to Disneyland in a year and have an amazing time again
– It seems to be maintenance season at Disney, so a number of the bigger rides were closed. Most notably (for me), It’s a Small World was closed, and most notably for other people I tell was the Indiana Jones ride. Also the Finding Nemo ride.
– Autopia was insanely not great IMO, perhaps great for a 3-9 year old kid, but I was pretty upset because I was a great driver and this terrible kid who could barely drive still beat me, even though he kept running into the track and loosing speed! (I’m 90% kidding)

Honestly I was surprised that I liked Disney as much as I did. If I just write down my thoughts about the rides, the food, etc, I wouldn’t probably paint a very pretty picture (just “OK”). But there was something great about the experience and I’m excited to go back.

I took a bunch of photos (black and white, unfortunately) but I haven’t finished the roll yet. I’ll post them when I get them developed/scanned. Also thanks to the Teeples, they purchased my ticket for my birthday and I don’t think we’d have gone without that incentive.

After Disney, we went home and went out and had some great Thai food. Then Saturday morning we woke up and drove home. And that’s about it.