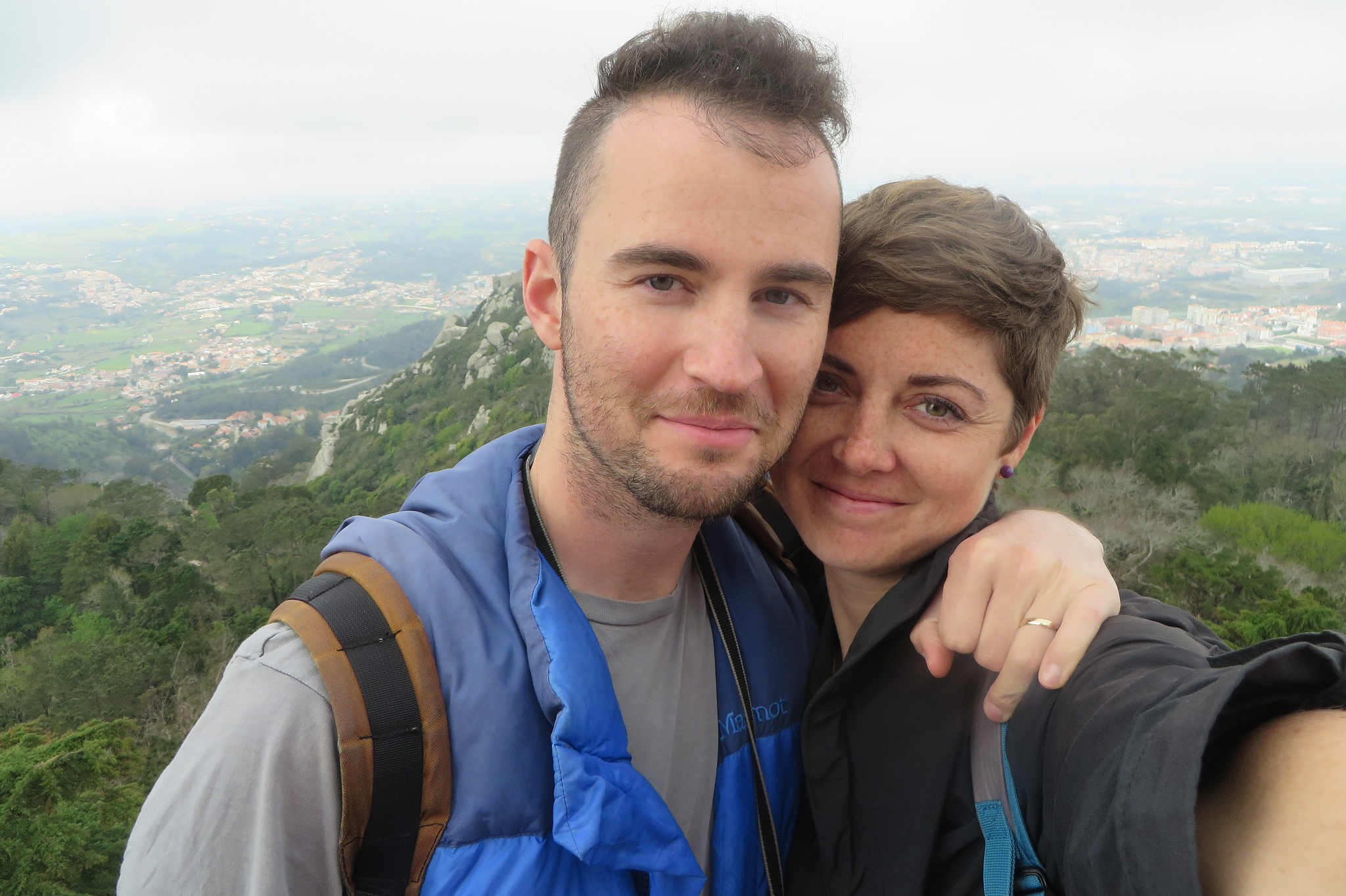 I’m currently sitting at my kitchen table in Michigan, Tristan and Izzy are to my left and right working on homework. We’ve been home for three weeks. I mention this because although I know it sort of ruins the whole “reading a travel blog real time” thing, I feel like my memory is already fading and so I’m going to write as I remember things, which may not be perfect. After we left the mountain home, we headed to Porto. The drive was somewhat long, but not particularly eventful. Porto was pretty great. I think it was probably all of our favorite city in Portugal. It felt touristy, but perhaps also a bit more casual and a bit more approachable then Lisbon. 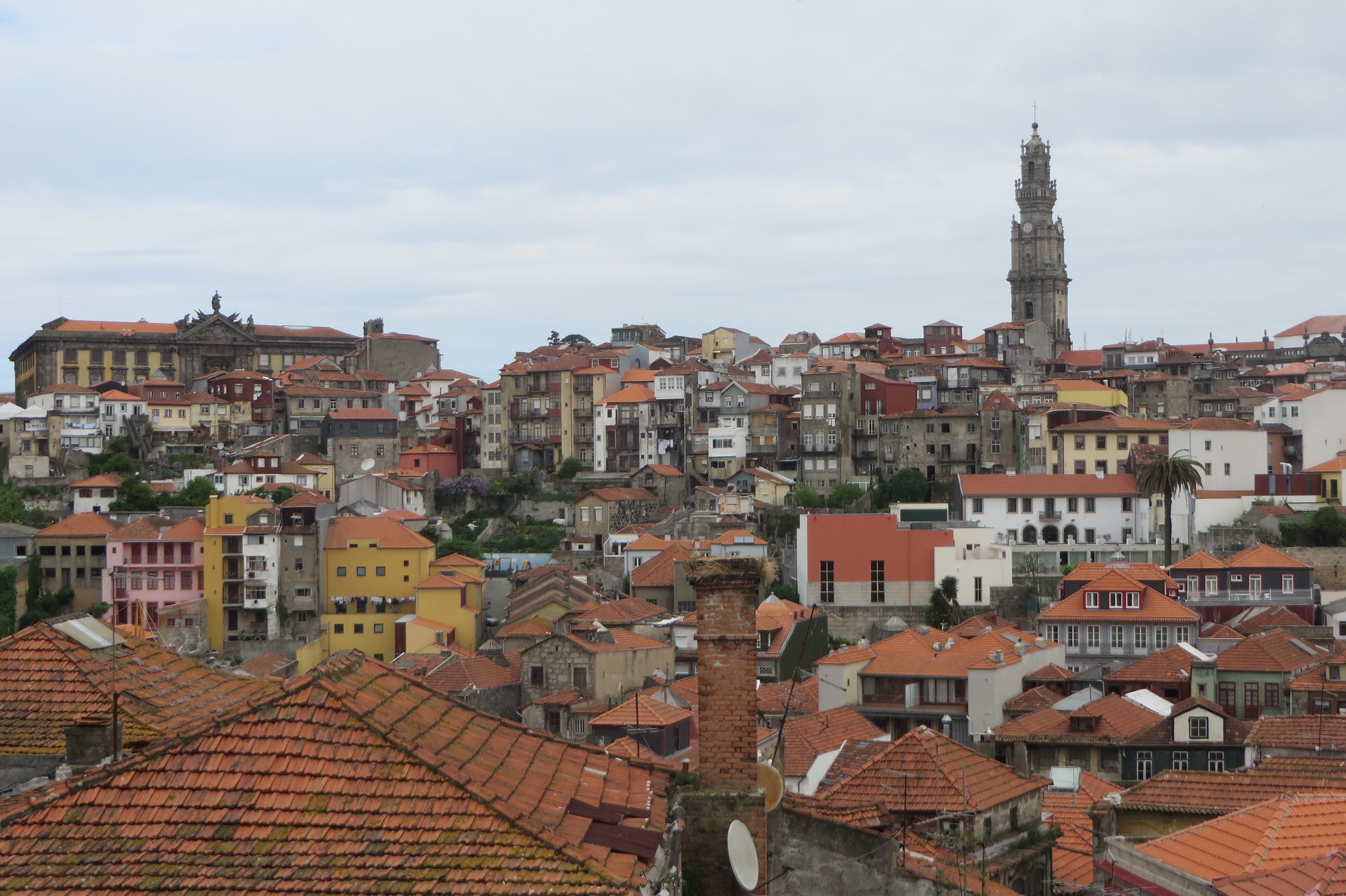 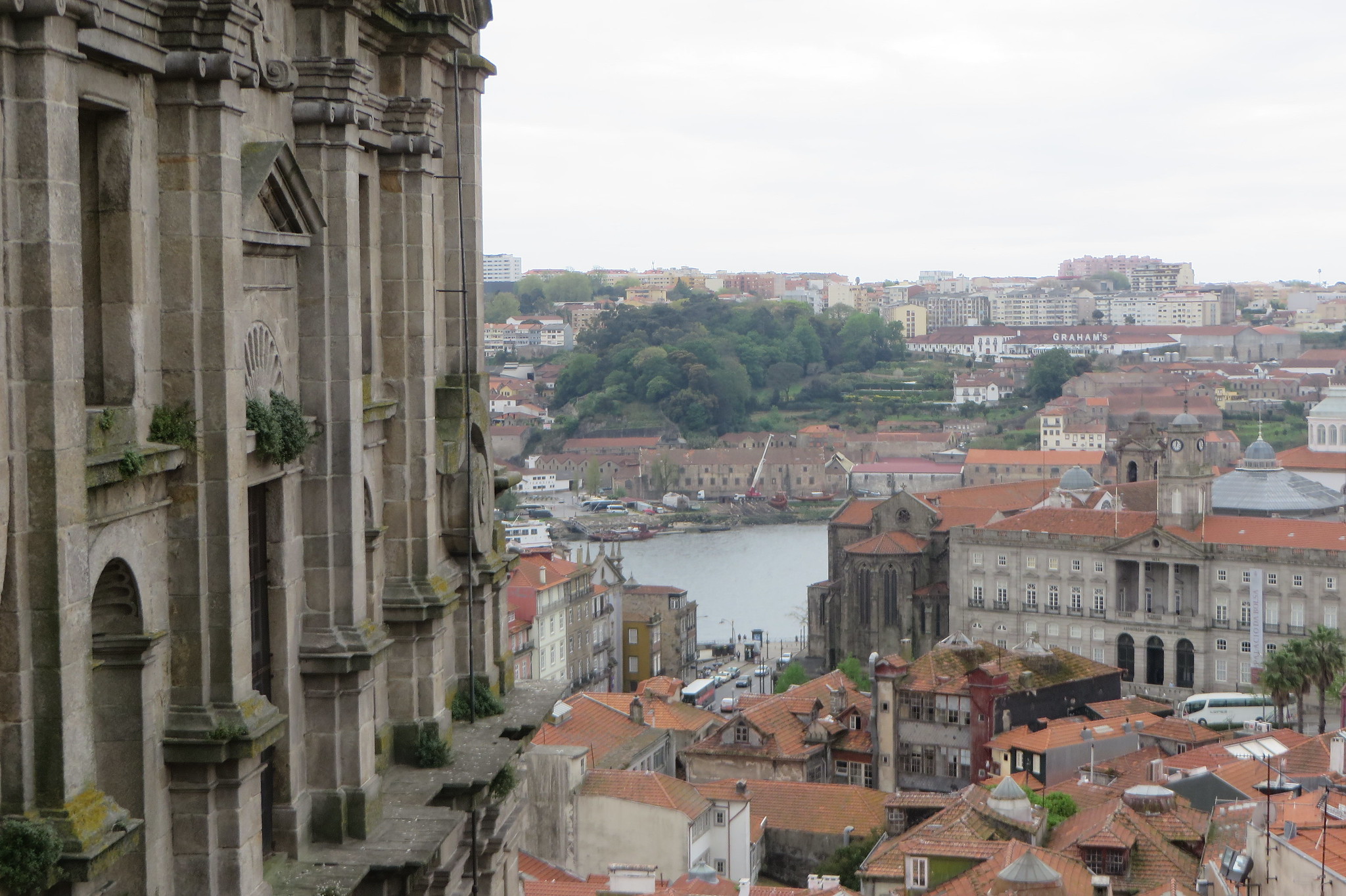 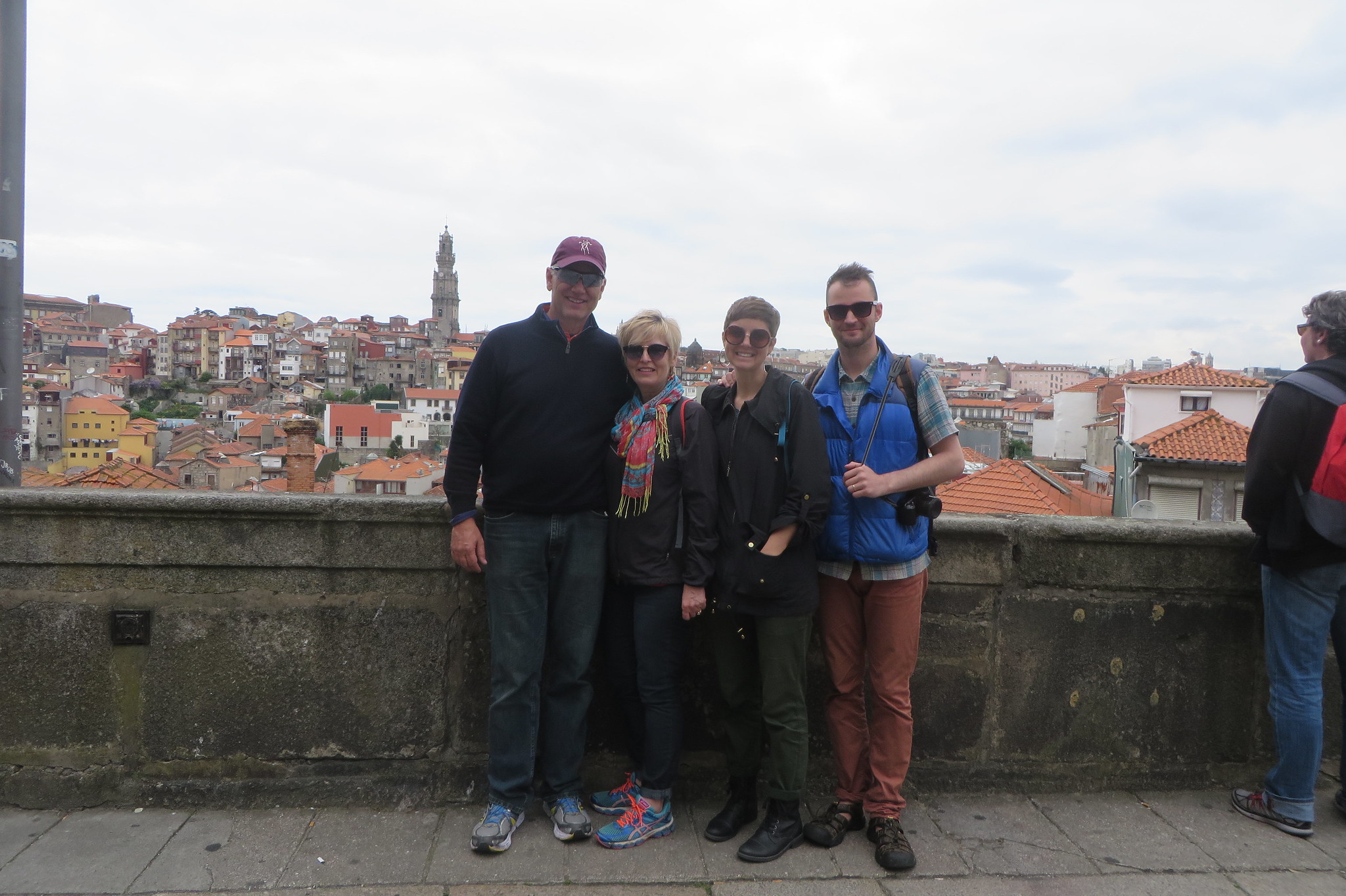 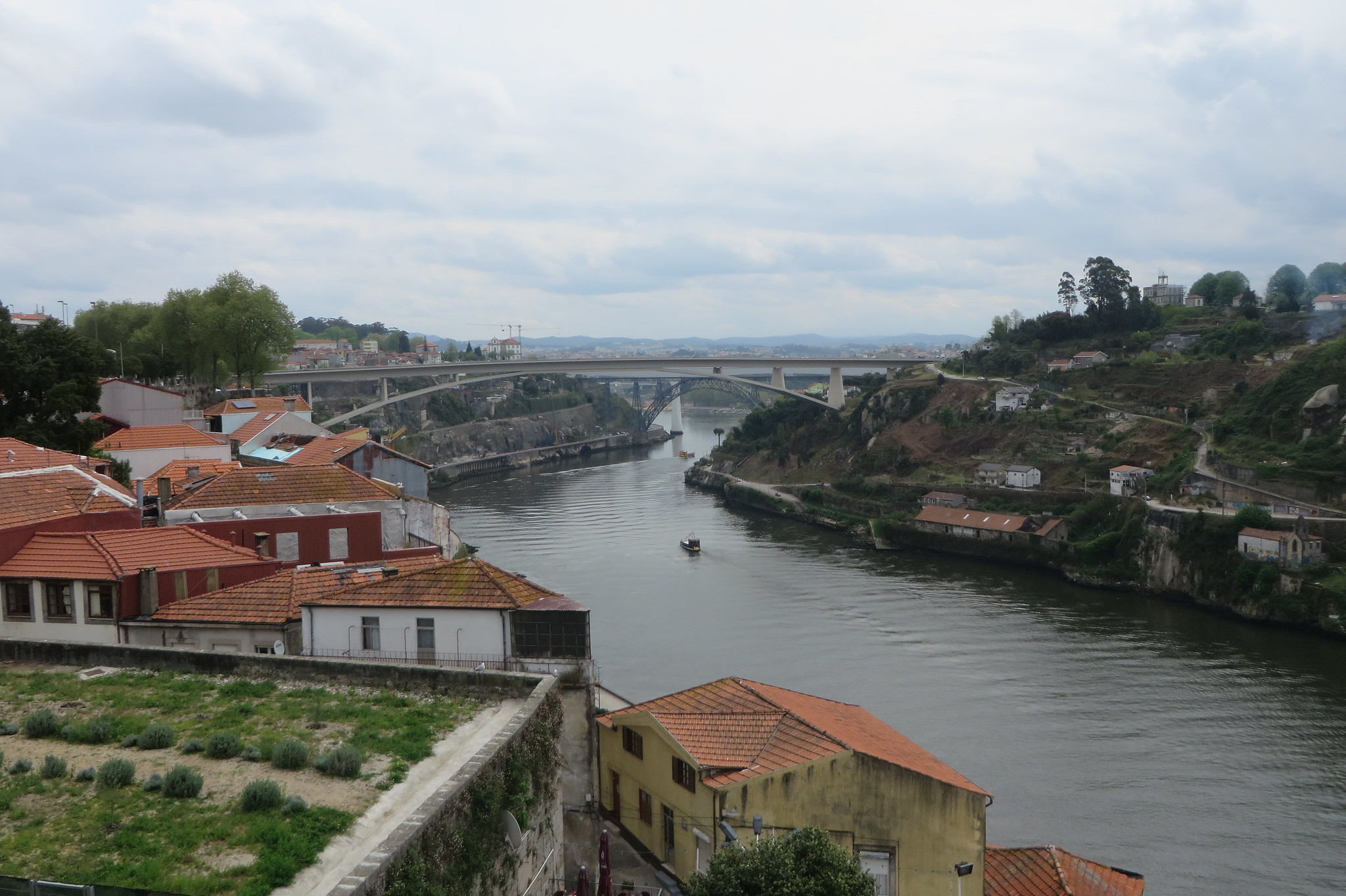 We stayed in a really cool little apartment. I wish I had photos, but it was sort of an artsy place. Three floors, with lots of random art from India and SE Asia. The couple that owned the house were very very sweet and saved us a parking spot directly in front of the apartment with their giant postal delivery van. We stayed in Porto for a total of 3 days. 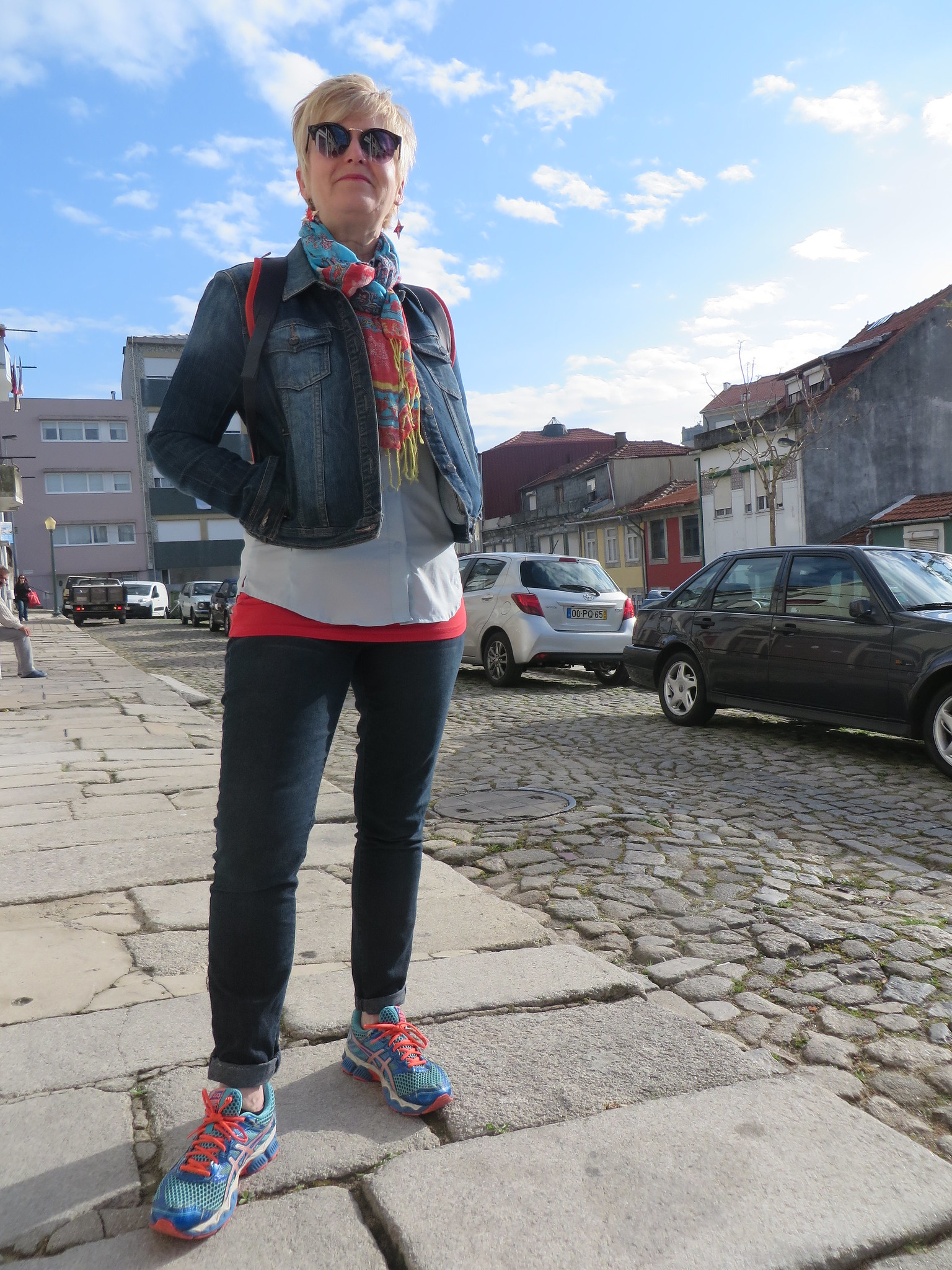 The first day we spent walking around the city and we went out and had a great meal at a great restaurant where we had some spectacular seafood, including paella, which Lindsay and I had been holding out on to wait for her parents to arrive. 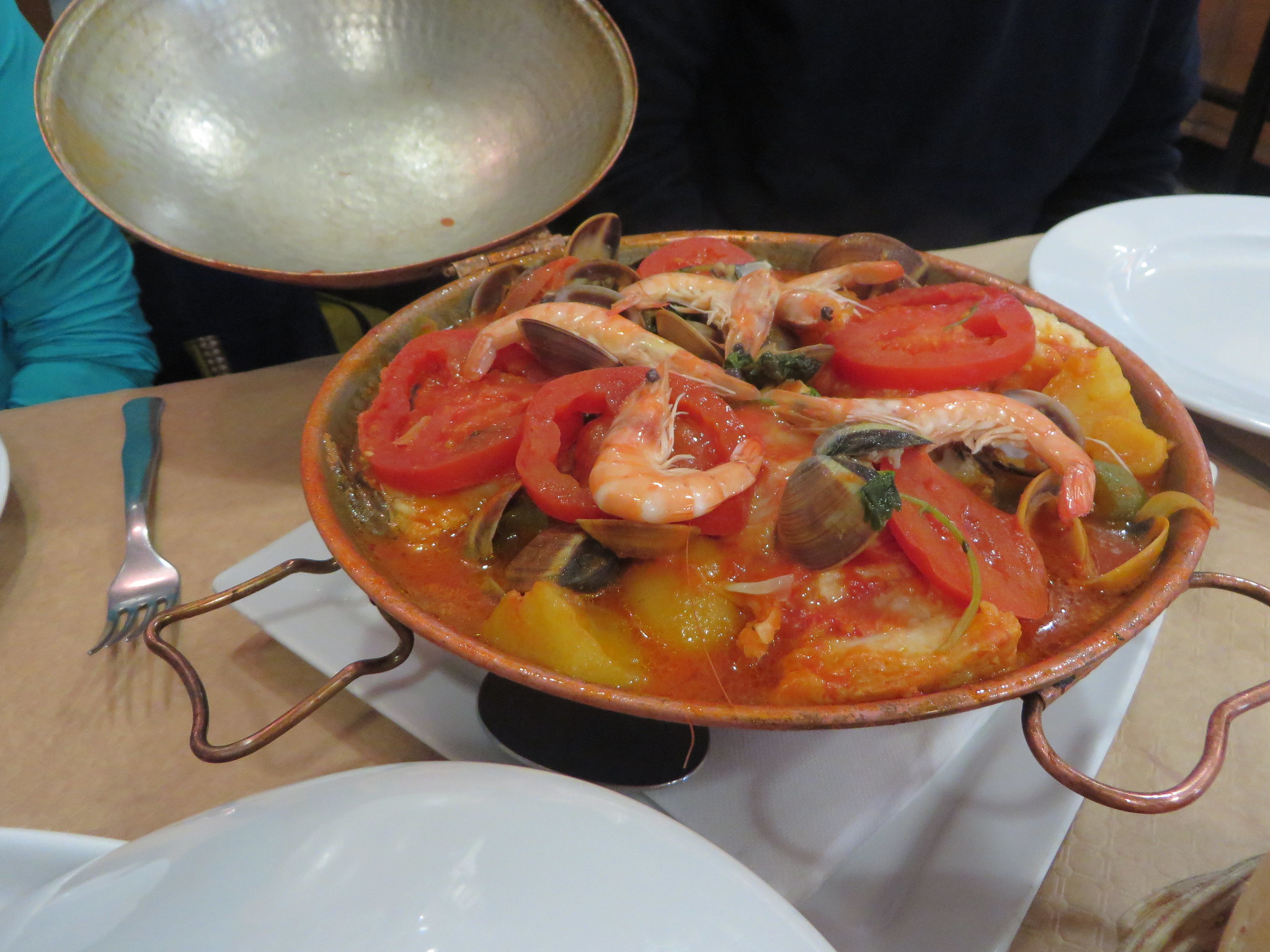 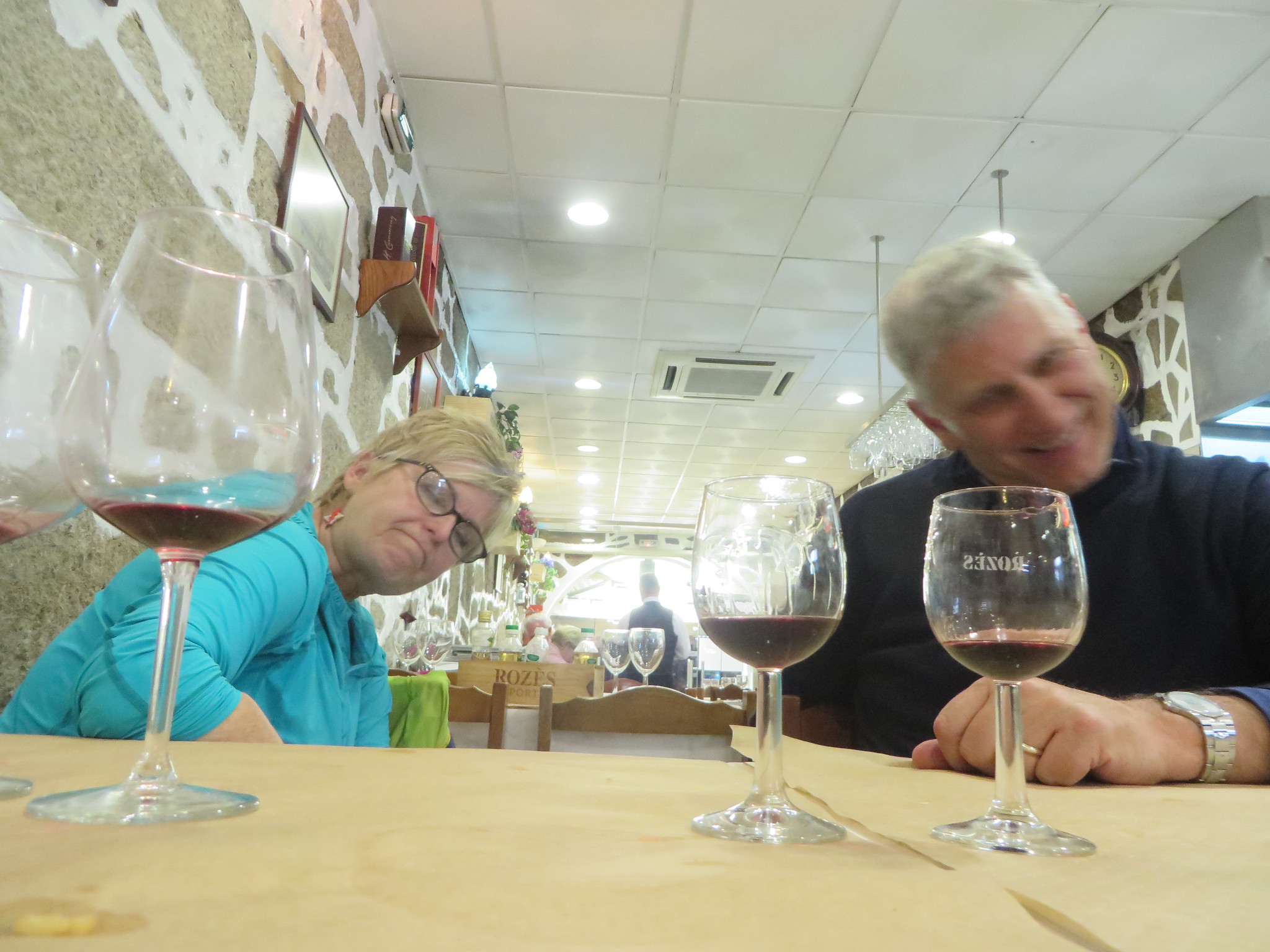 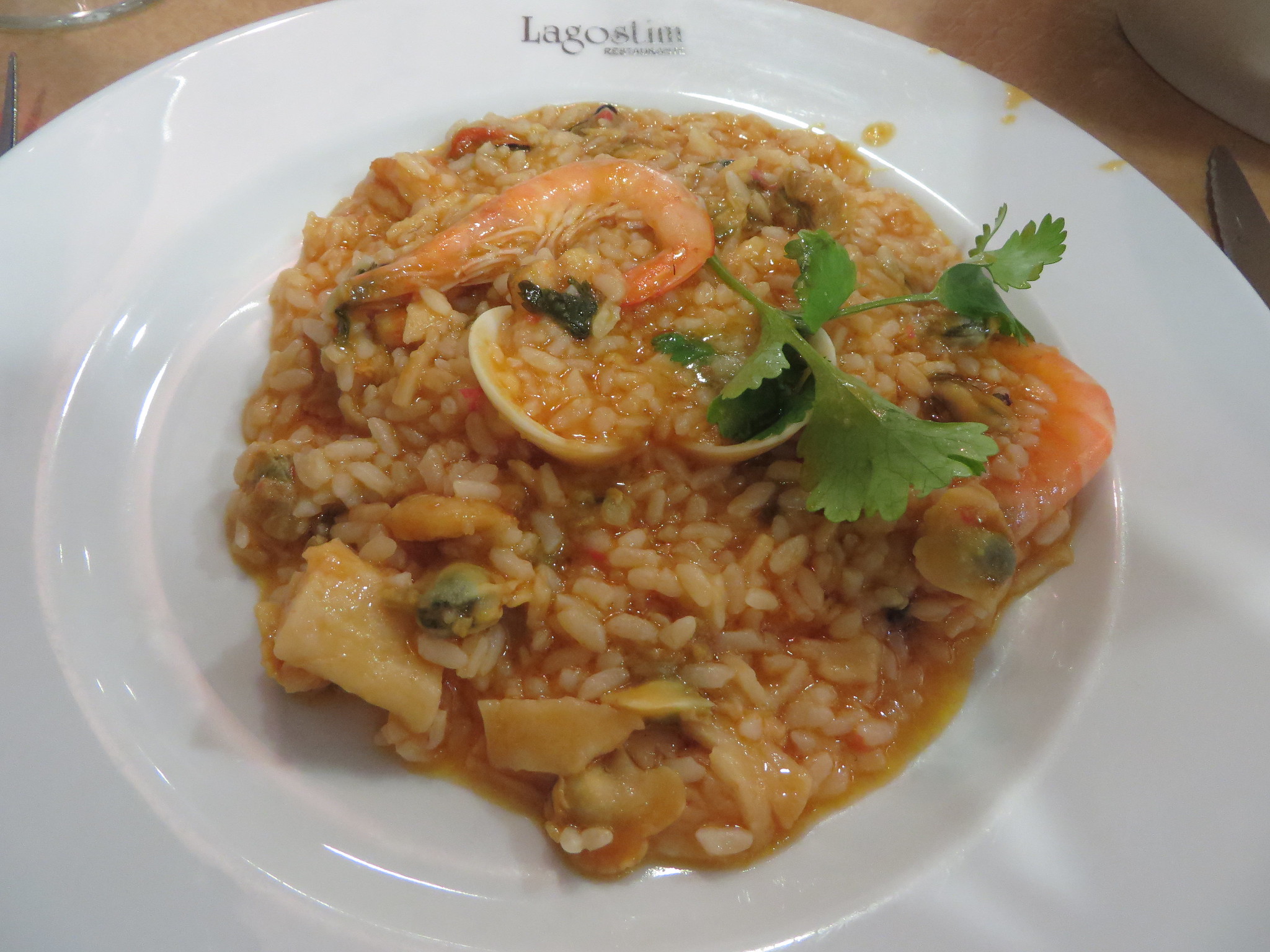 The next day we did a walking tour of the city. It was one of these “free with tips” tours that, well, is free with tips. It was pretty good, and we spent roughly 3 or 4 hours walking around the city and learning about the history of the city as well as the history of Portugal in general. Highlights (for me at least) would included looking over the Douro river at all of the beautiful red brick roofs, learning about the tiles and paintings in the cities main train station (beautiful tile work on all of the walls), and also visiting the bookstore “Lello & Irmão” – which is this bookstore that apparently J.K. Rowling based parts of Harry Potter on. 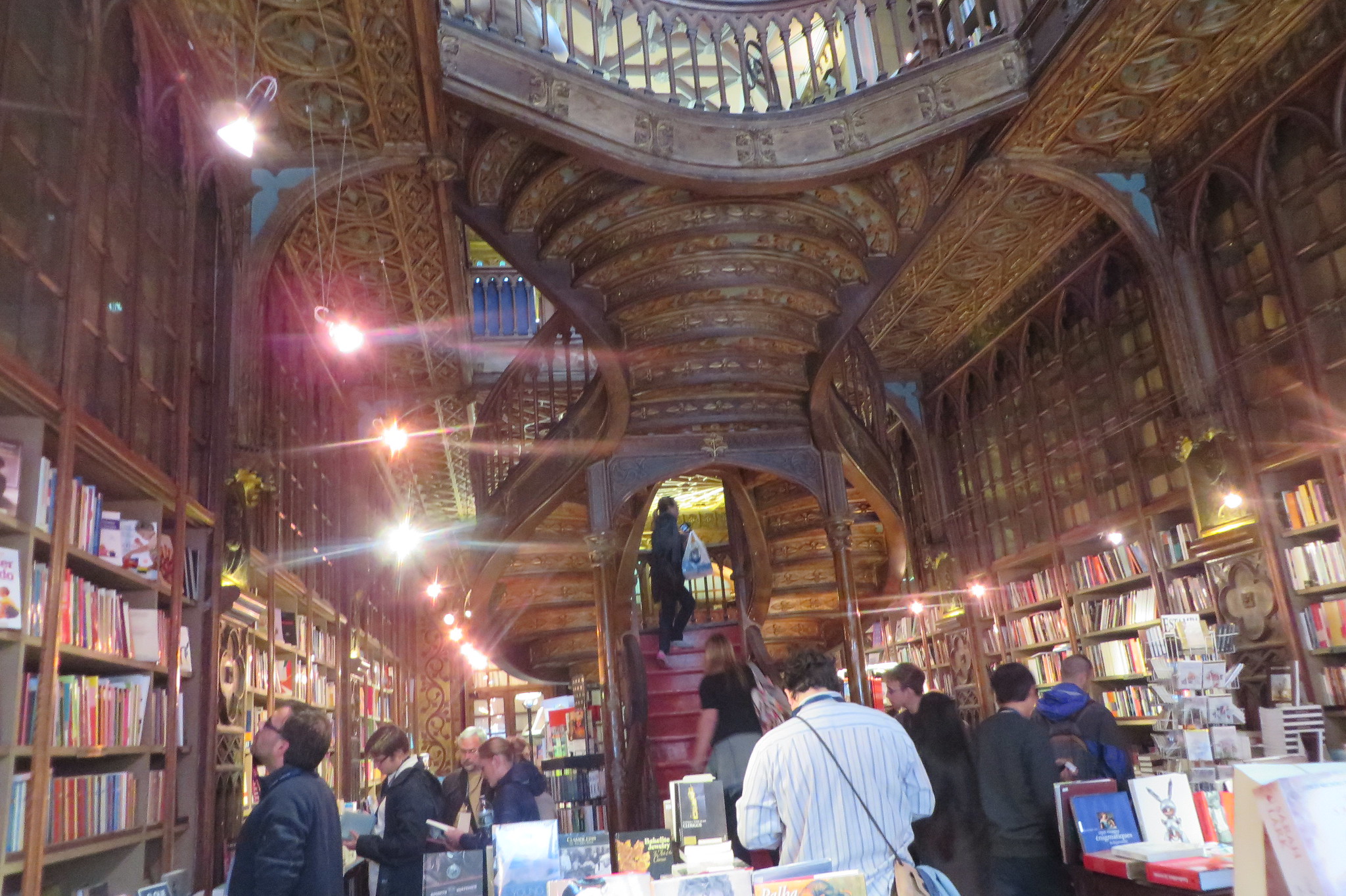 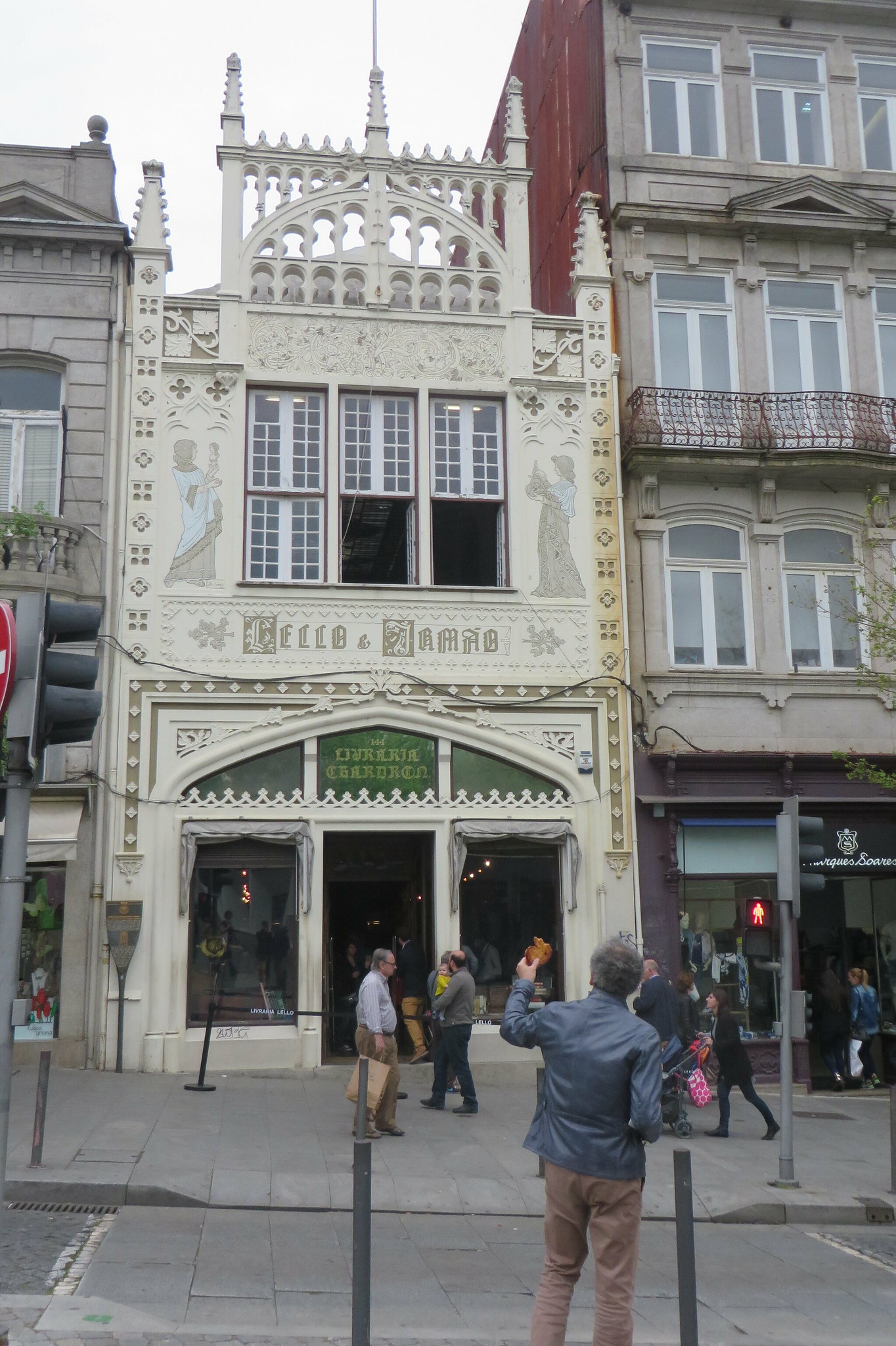 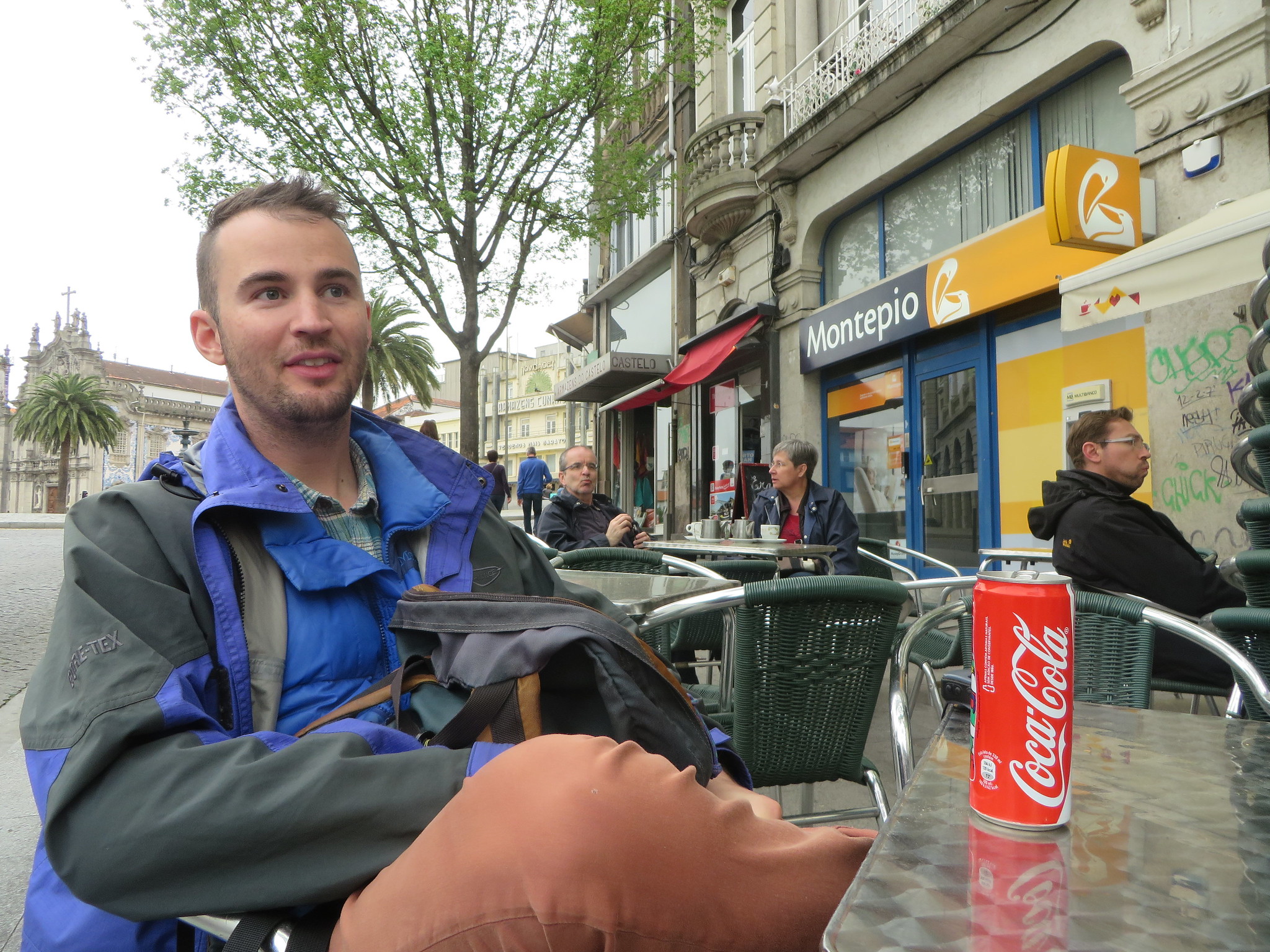 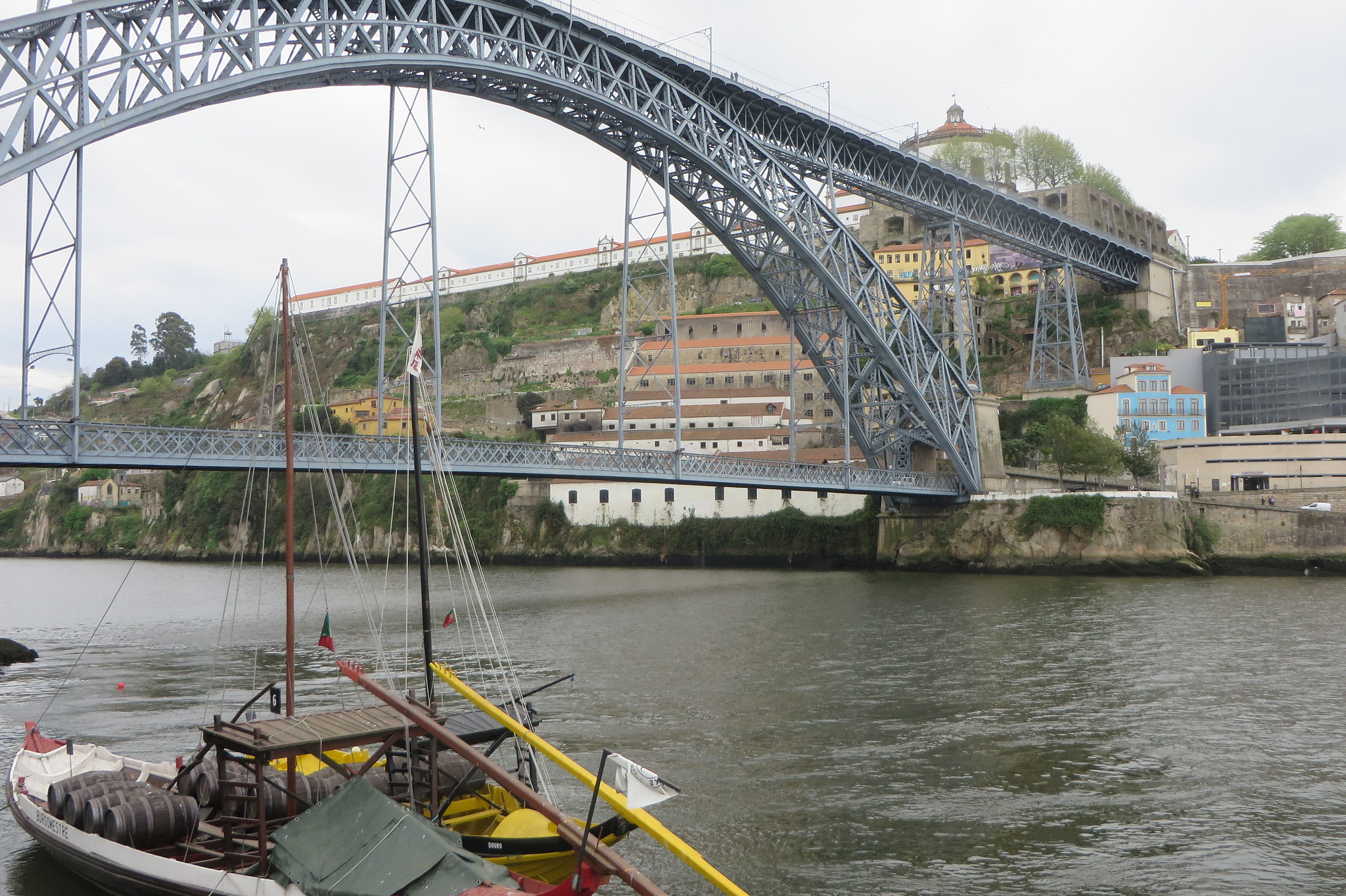 After the tour we went and had very great sandwich called a Francesinha. This particular sandwich is basically a bunch of meat in between two pieces of white bread, with a ton of cheese melted on the top, cooked in a pizza oven. They serve it with this tomato sauce on top of the sandwich. It was perhaps not my favorite thing I ate on this trip, but in Portugal it was probably near the top. 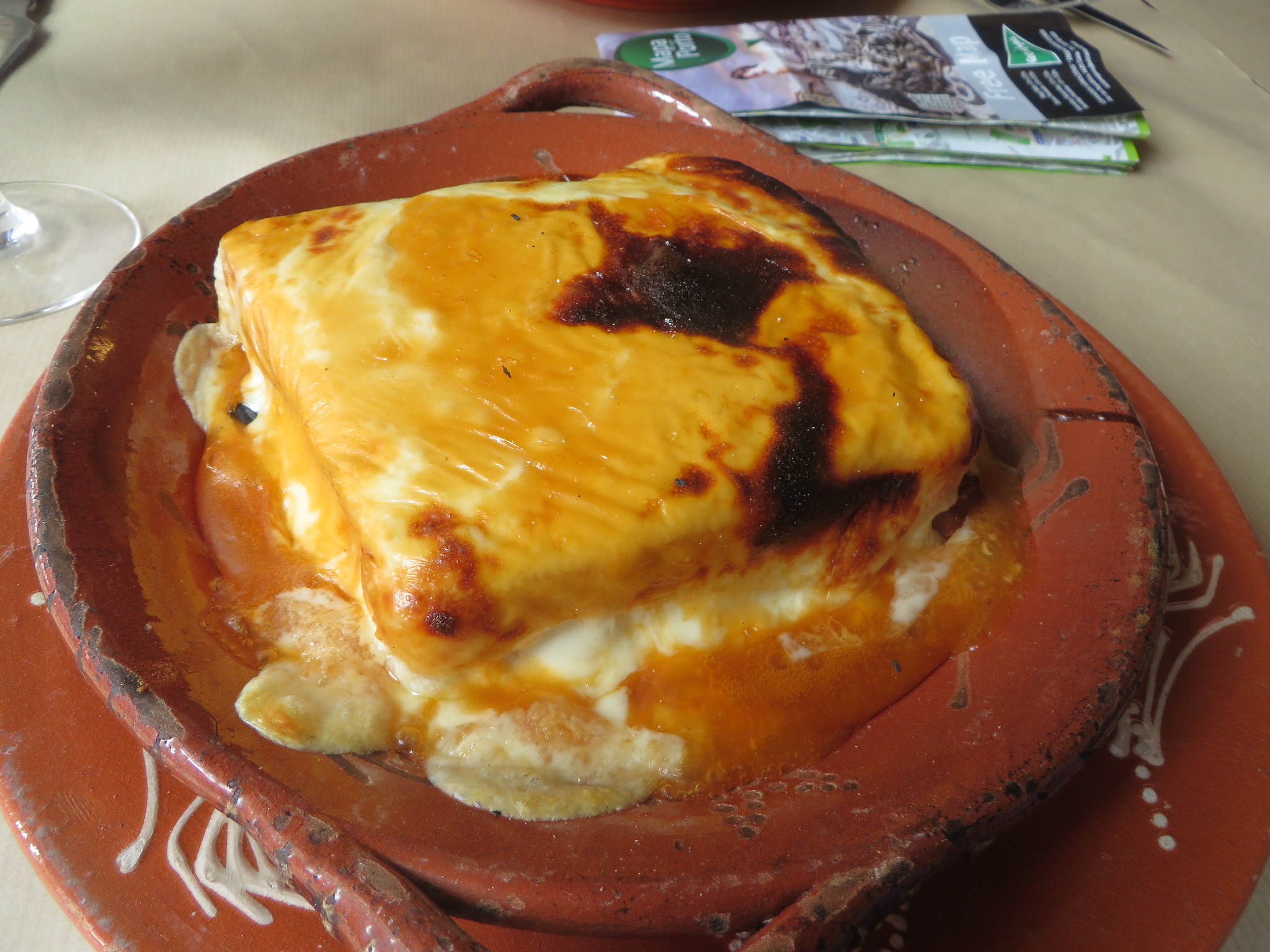 The next day, which was probably my favorite day in Porto, we walked for hours and hours around the city, eventually crossing the Douro river and going port wine tasting. This was great because it turns out I actually like port wines. For anybody who doesn’t know, port wines are (generally) very sweet, with a higher alcohol content. So we walked up and down hills to visit three different wineries. They were all beautiful. One of them had a nice outdoor garden we sat in while chickens ran around us. 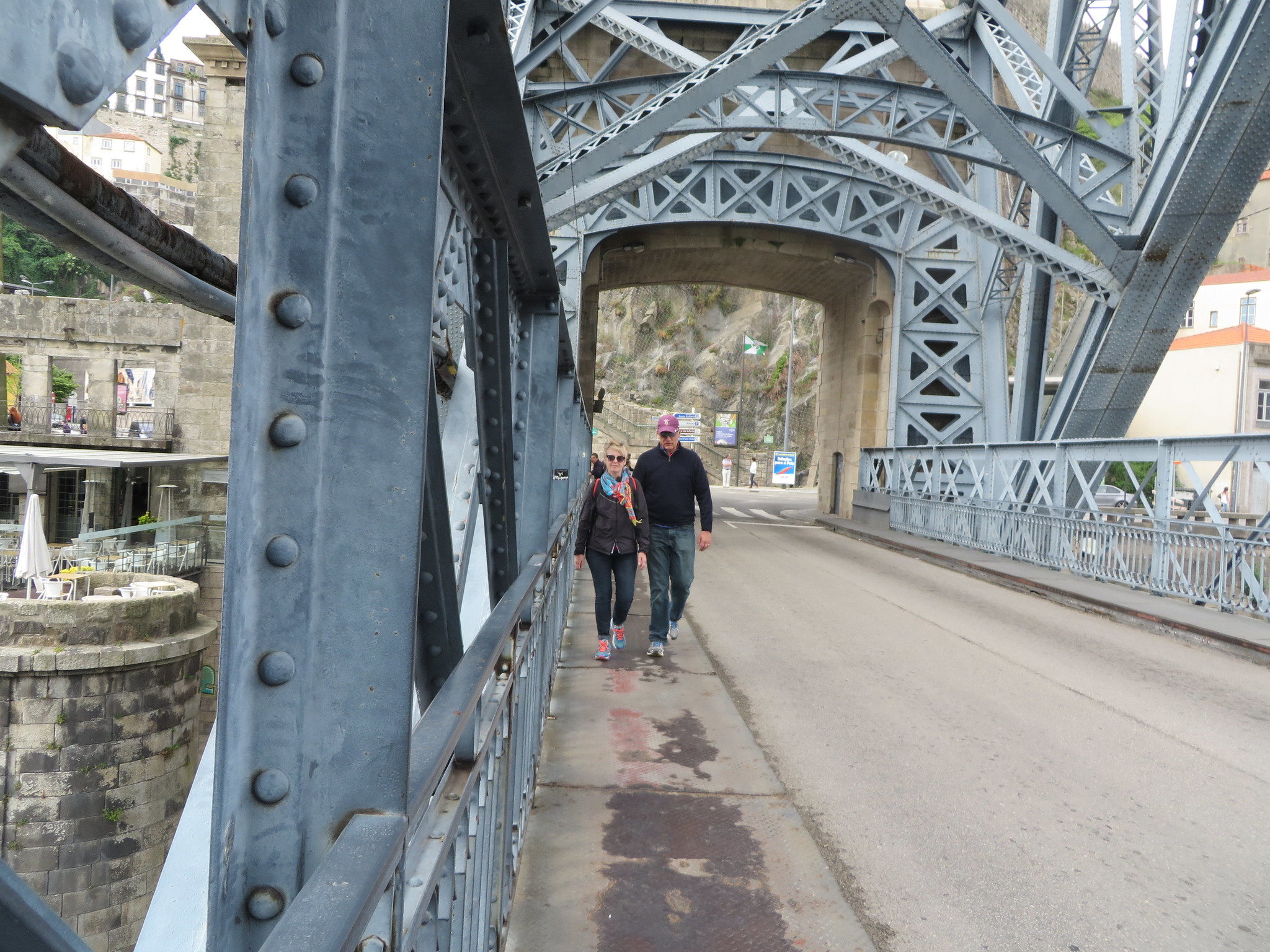 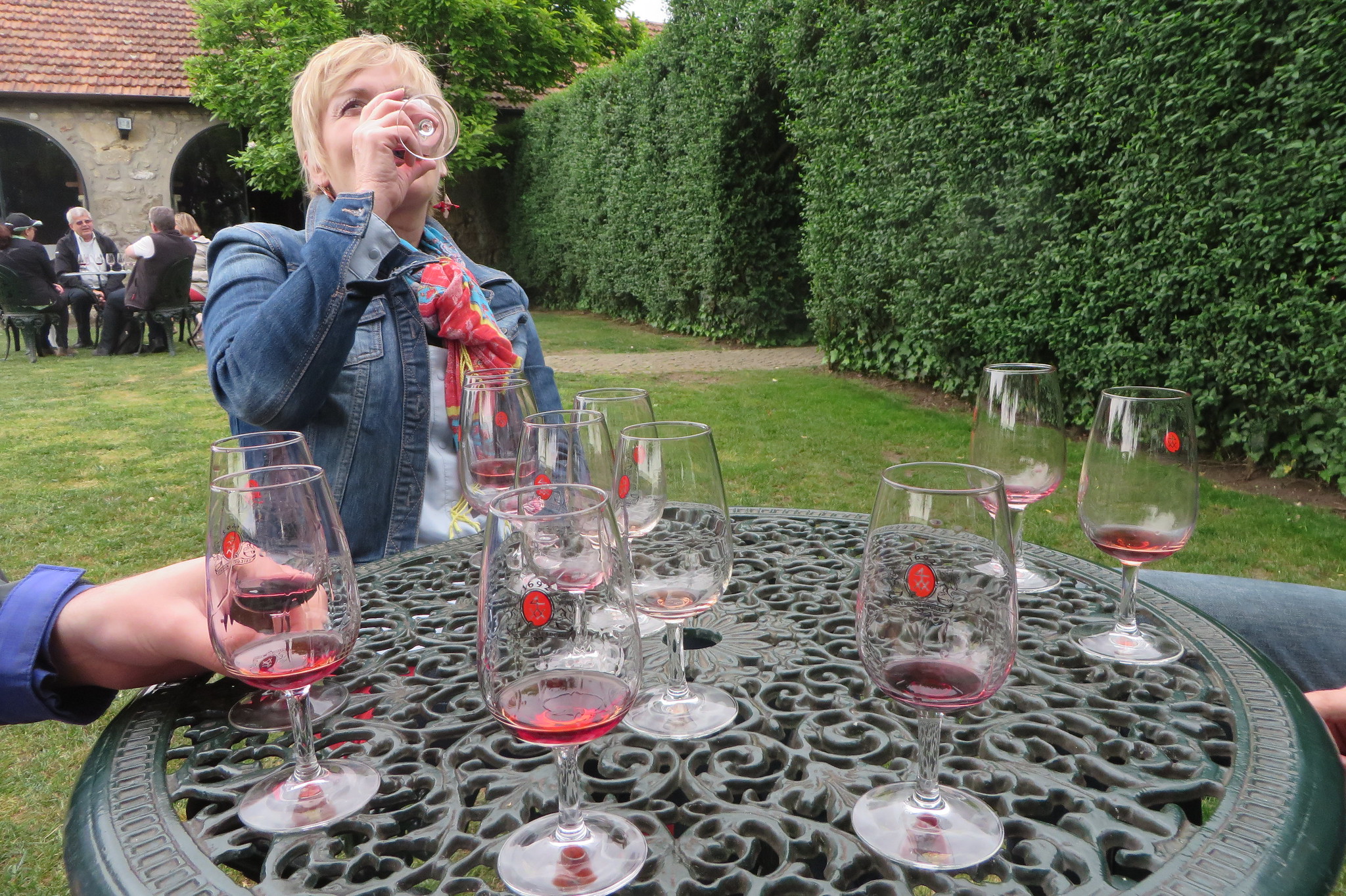 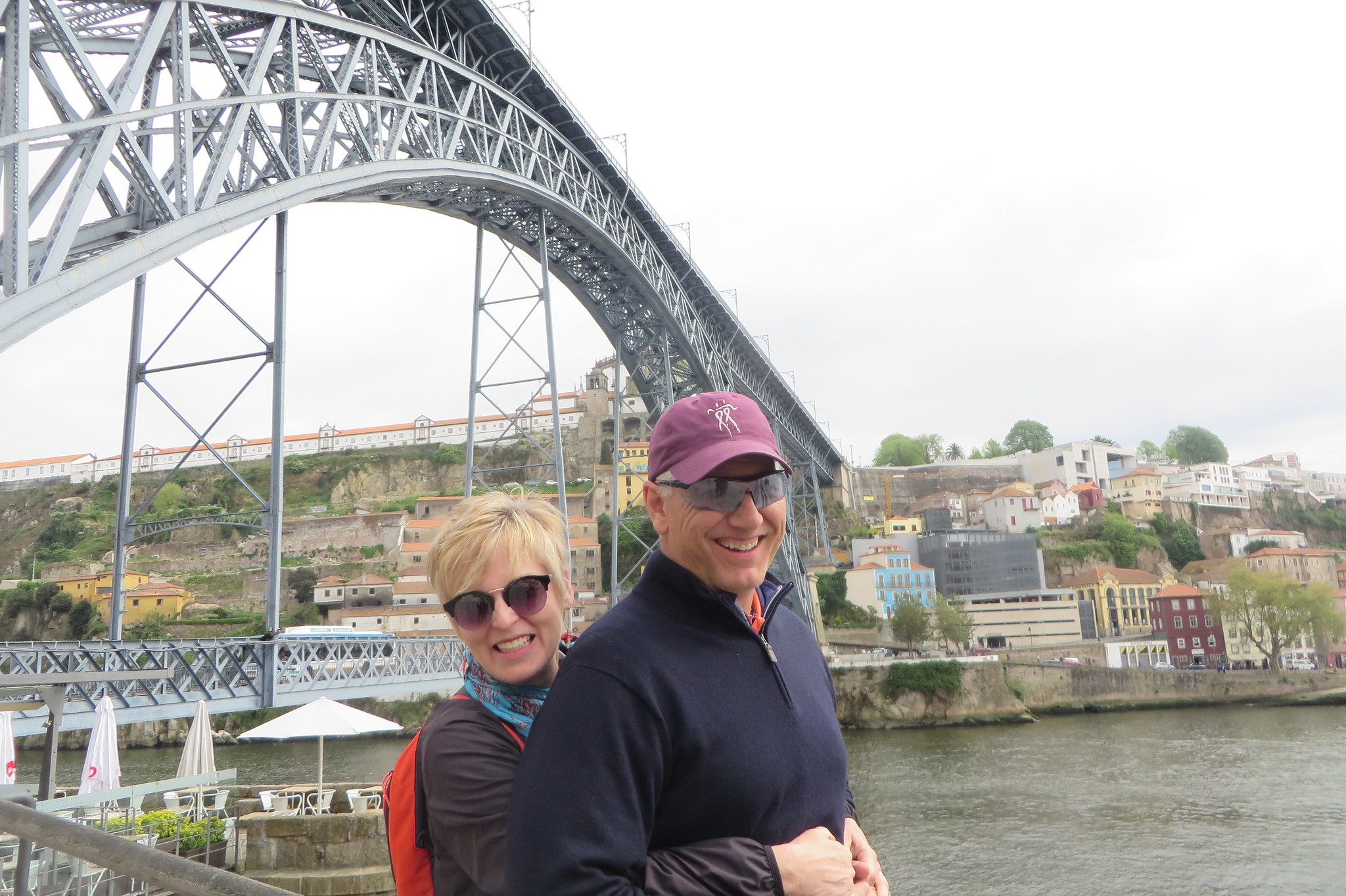 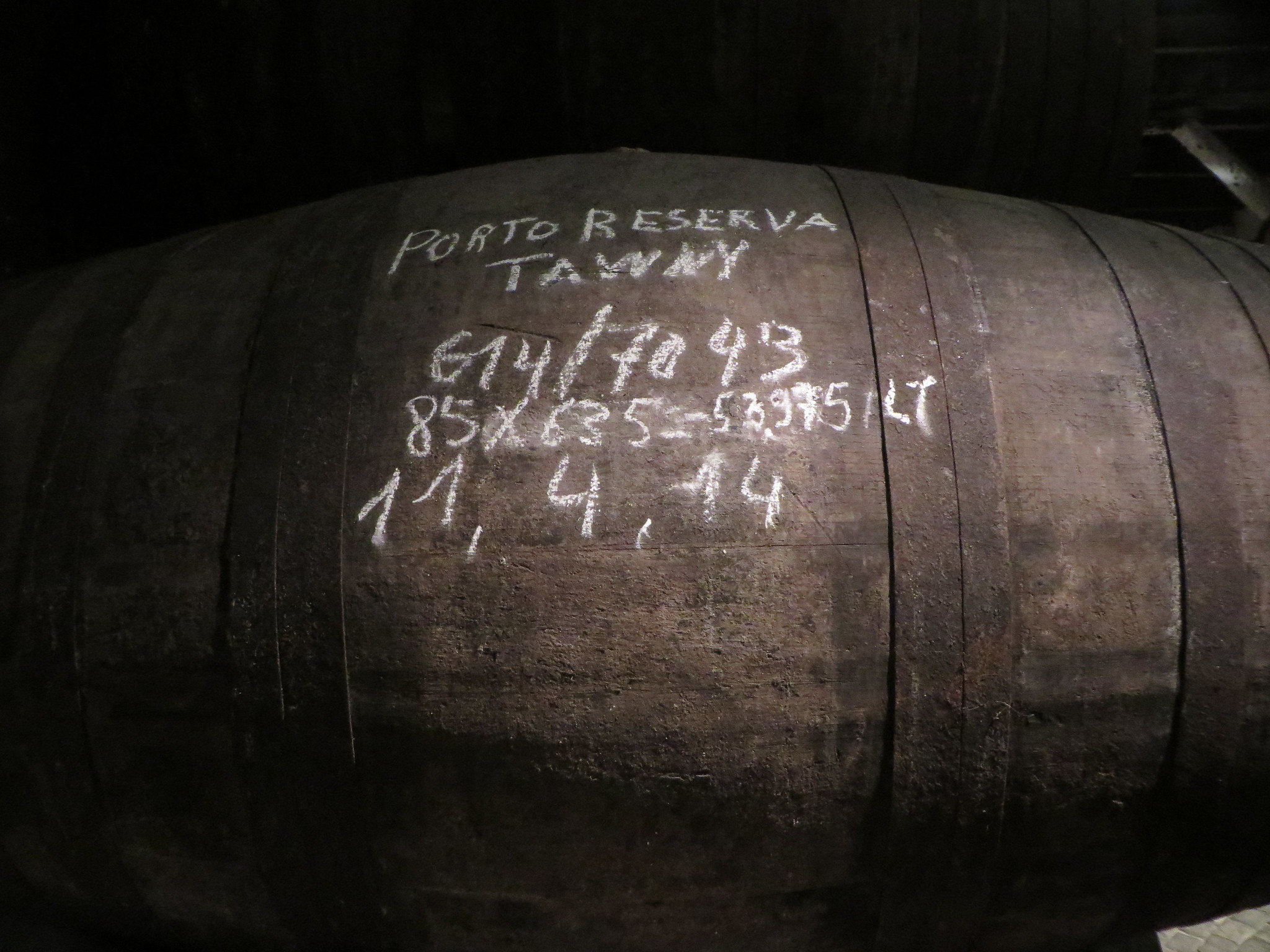 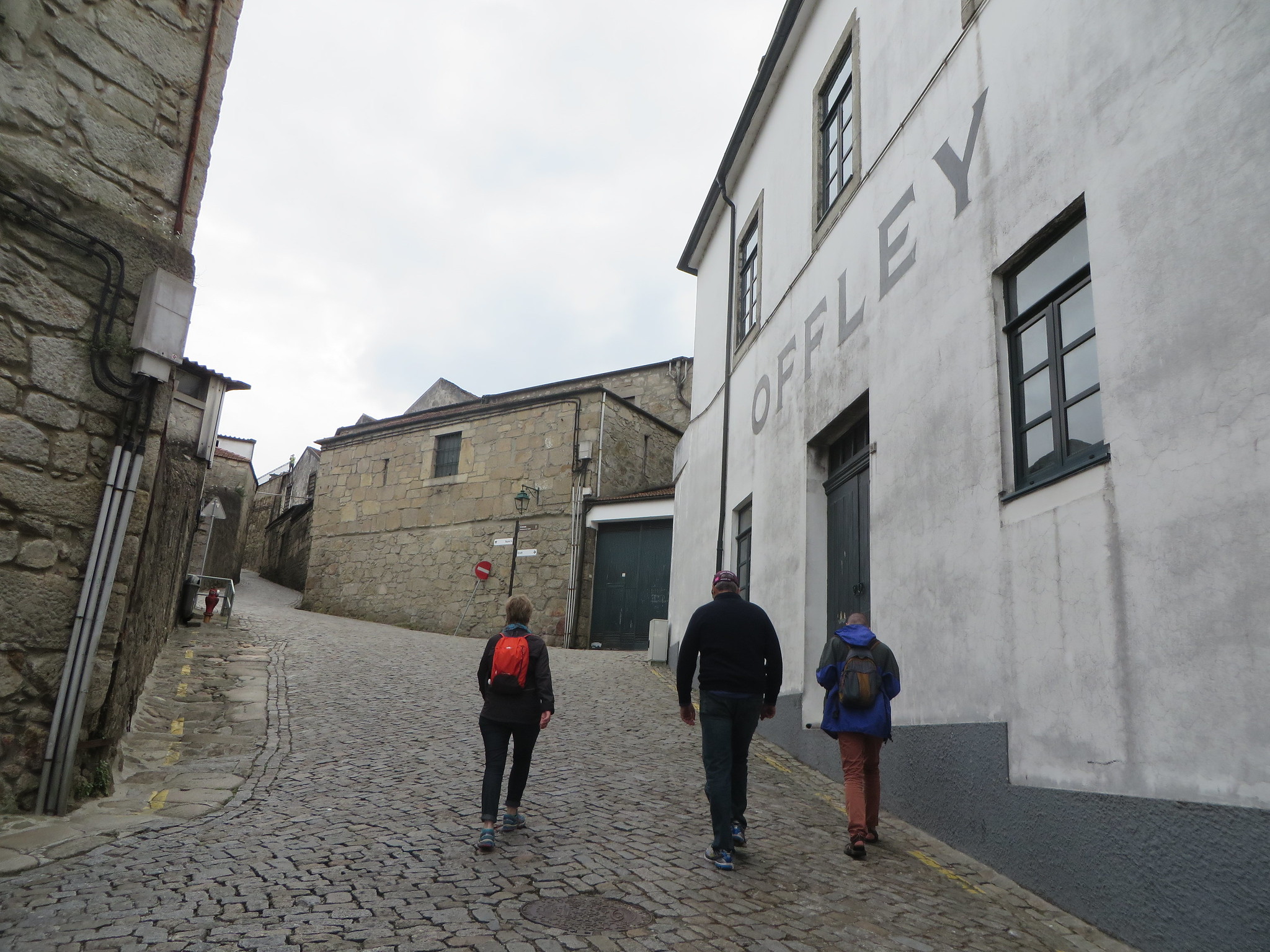 I ended up buying a bottle of Porto port wine that I brought with us to Barbados, for like 3 bucks. I’m glad I did this because although I often think “oh, I can just buy this when I get to ______”, the reality I’ve found while traveling is that this is perhaps obviously not normally true. Again, I realize this is obvious, but for example, I SWEAR I’ve seen “One Cup” sake sold in the US all over the place. In fact, I thought I had seen it sold old over the world. But I think that this was just something I was imagining to be true when I was in Japan because I have only seen One Cup sake once since leaving Japan. Anyway, I digress! After Porto we headed back to Lisbon where we had a very busy last day. We ended up spending most of the last part of the day at Sintra castle. Sintra is a castle that was design and built for entertaining. They also refer to it as the “fairytale” castle because it looks like something you might see in a Disney movie. Lots of bright colors and fancy columns. 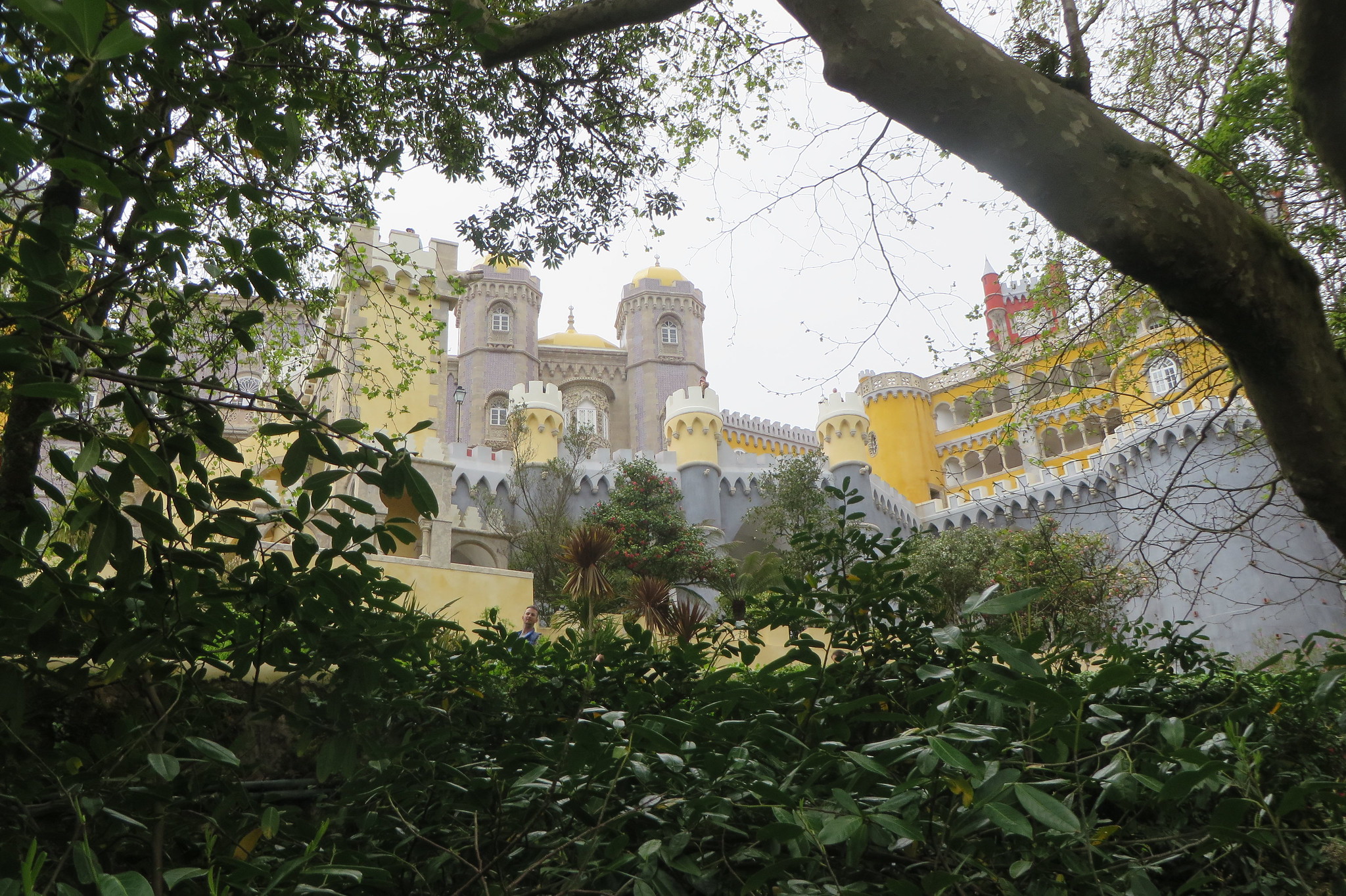 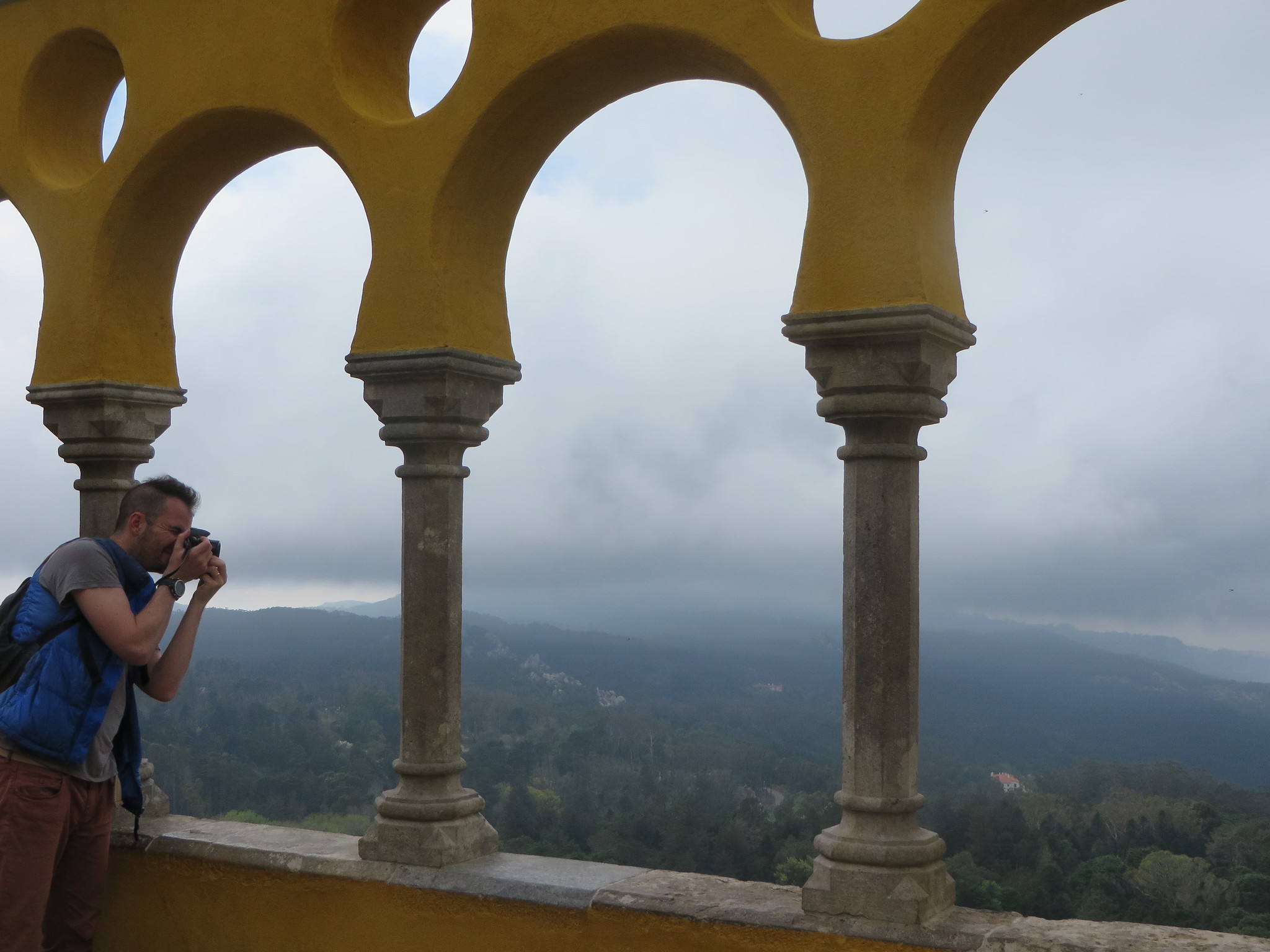 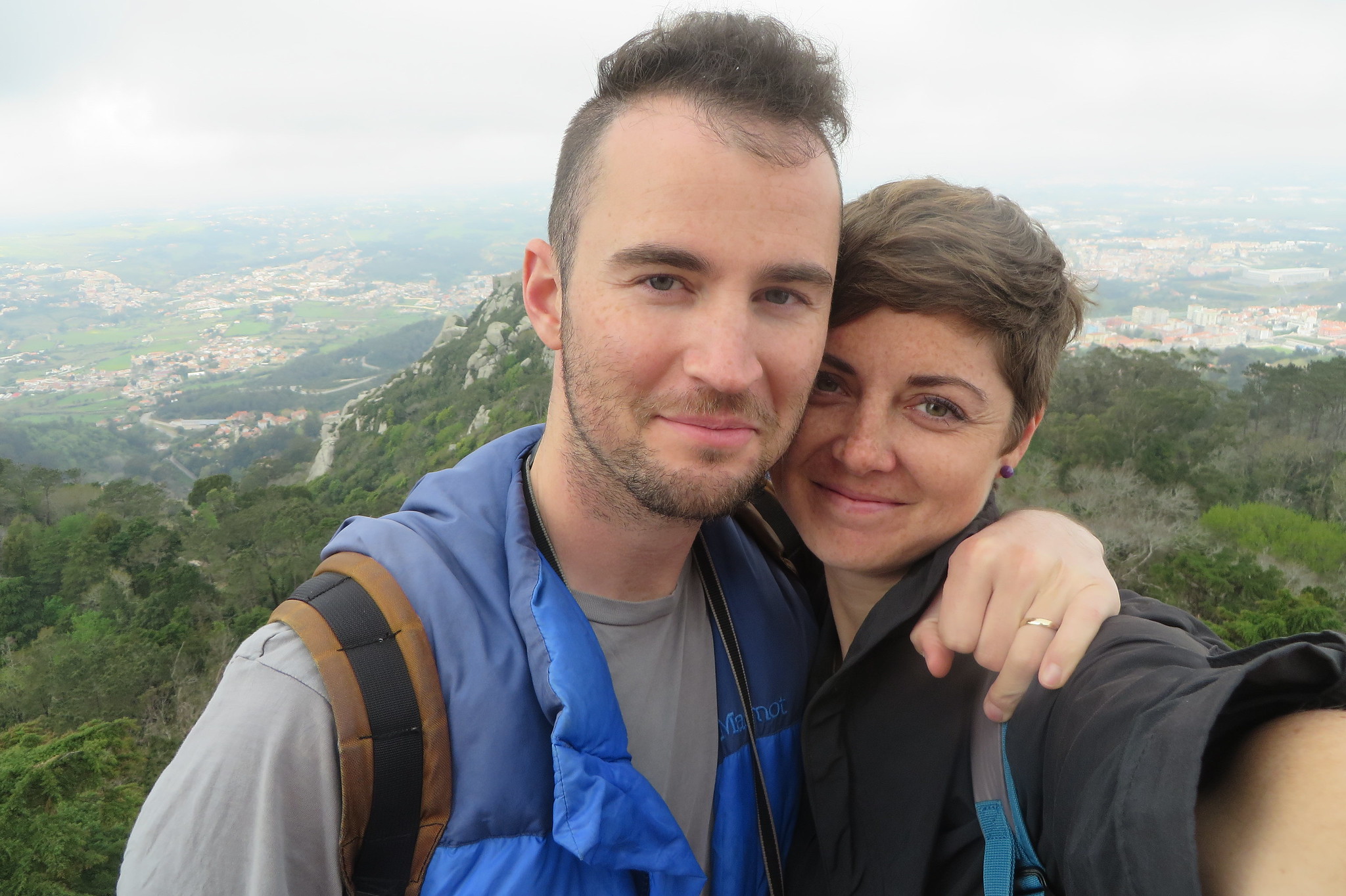 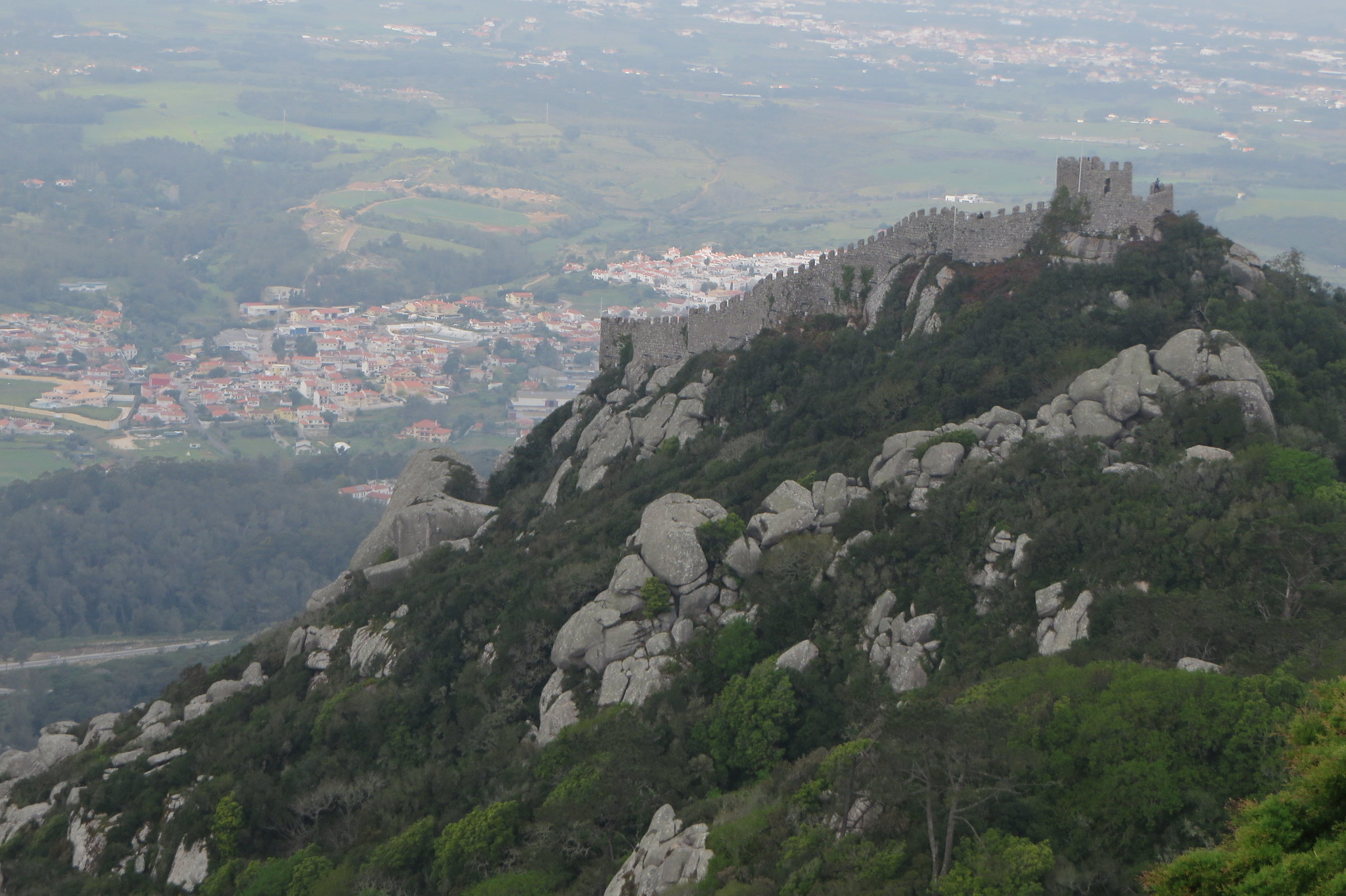 The castle was pretty cool I’d say, but honestly the fact that it was basically built for the sake of being a fairytale looking castle made the experience a bit less cool for me. I’d choose a “real” castle that is perhaps not quite as beautiful over a fake castle any day. 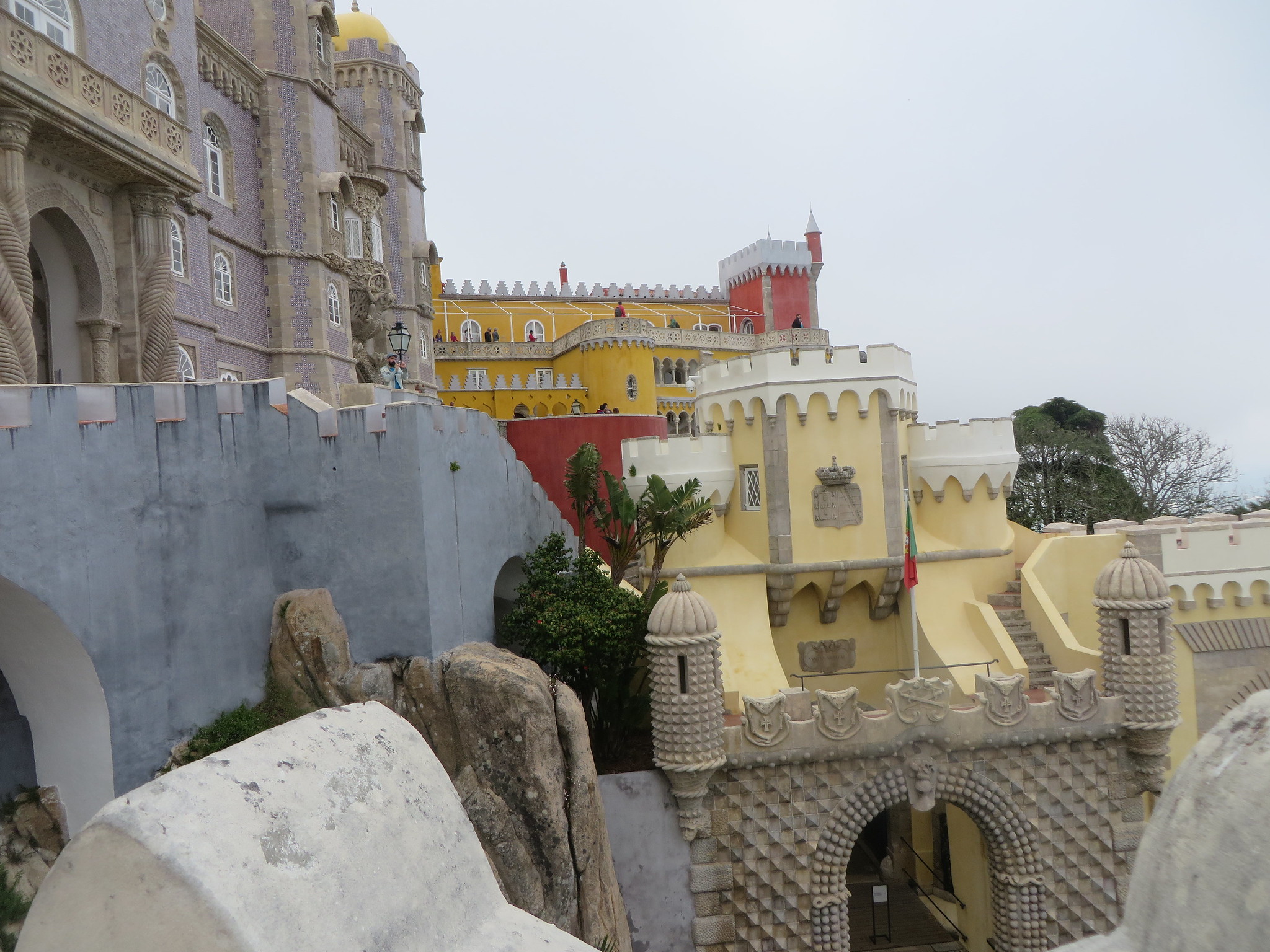 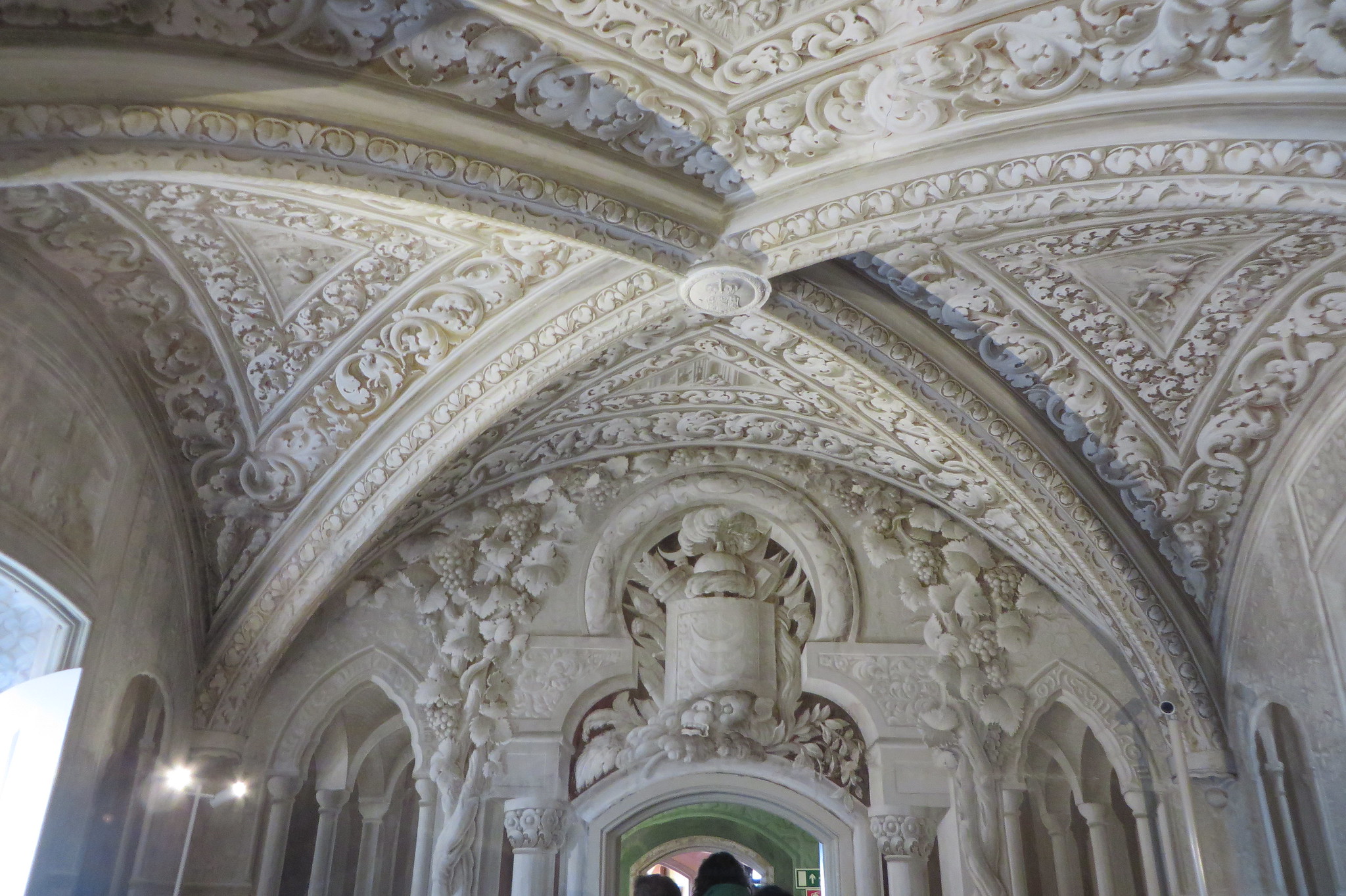 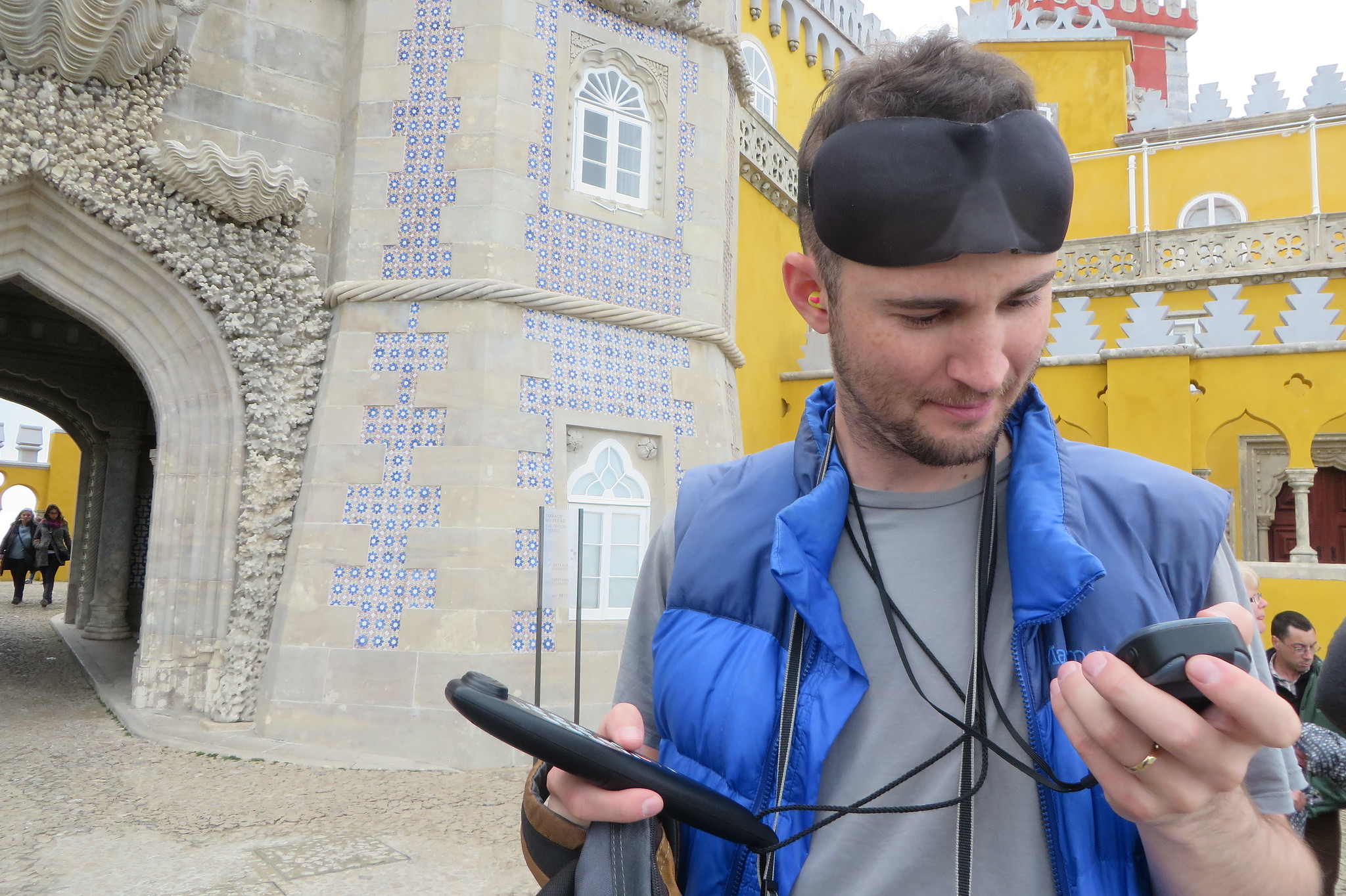 Still, there were a bunch of really beautiful views of the area, and the drive too/from the castle and the surrounding area was green and beautiful enough that the trip was well worth it. If I was to do it again, I’d probably skip the castle and instead just walk/drive around the city. After the castle we headed to a different part of Lisbon along the coast (whose name escapes me). It was Lisbon, but felt a bit like Southern California or something. Lots of fancier little stores, people out running, beaches. We didn’t do much here, just walked around and enjoyed the beautiful weather. Eventually we made our way back to Lisbon where we had dinner at Time Out Lisbon, which is this giant and very nice/modern/fancy food hall. After this we drove the Teeples to the airport and they were on their way back home! 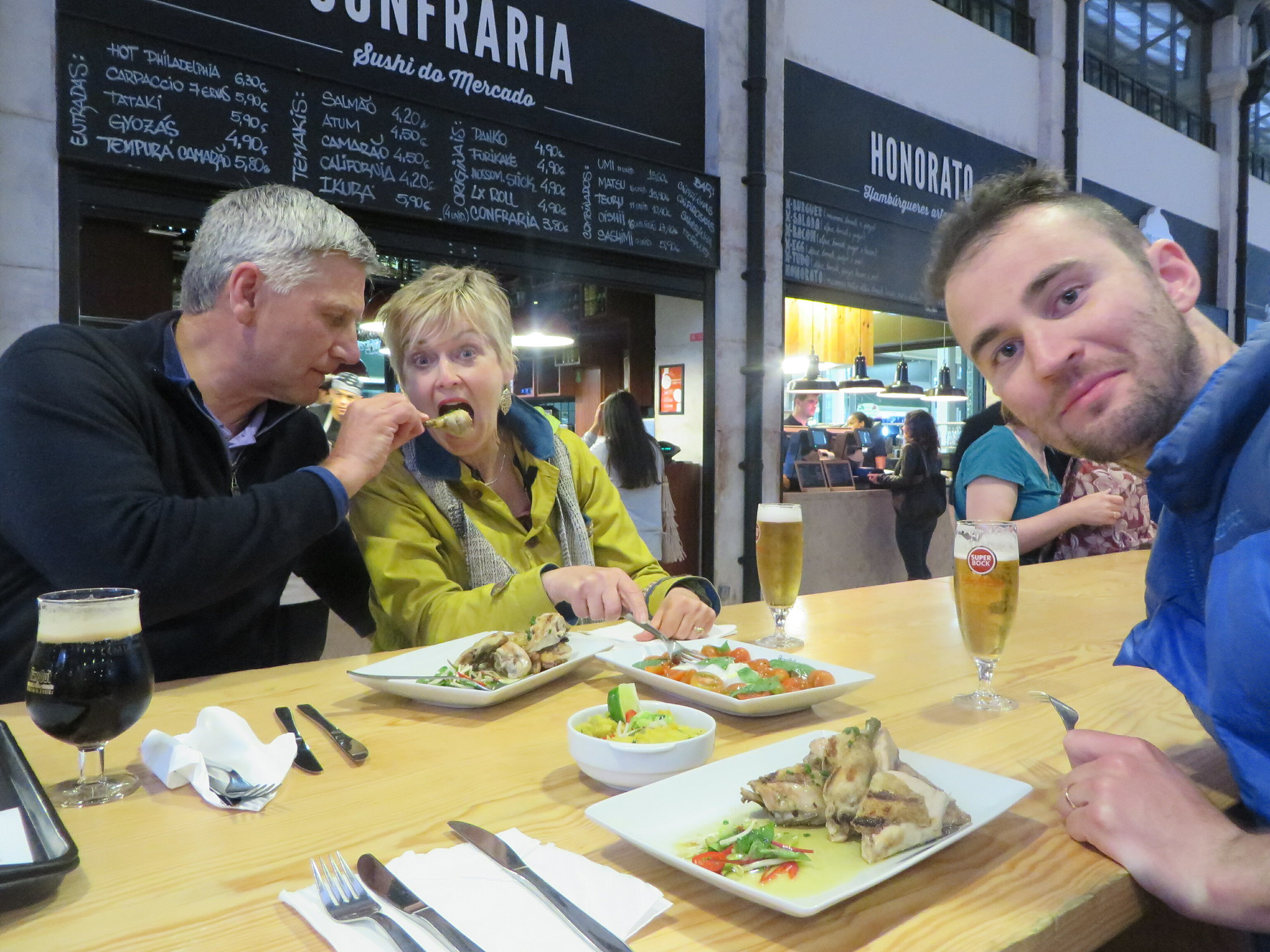 We stayed for a few more nights in Lisbon. The first night we stayed at this very nice couples apartment. One of them was from Florida (Jessica?) and the other was from Portugal (Pablo?). They met in Colombia, so we had quite a bit to talk about. We ended up staying up until almost 3 AM chatting with them. Great people. Turns out the guy was a Tuna, which is a group of guys that, as far as I can understand, basically get together and play serenades for their girlfriends. It’s a university group actually, but it’s a pretty serious thing. The guy was really into the music and the group in general – he had actually started the Tuna group at his university and seemed to be somewhat of a big deal. When he described the group it seemed like they were basically just singing to their girlfriends and drinking in university, but then he showed me a bunch of youtube videos where his club was playing in HUGE theaters with thousands of people watching. It was pretty crazy.

The next day we had to move AirBnB places and went to our last and final AirBnB in Europe. It was in a bit of a strange place out of the way of the more touristy parts of Lisbon which turned out to be awesome. We found a pretty great little pop-up food truck type area/sqaure. I’m doing a poor job describing it, hopefully we can put some photos here to show it. Nothing too fancy, just a little square area with a bunch of small food huts/vendors around selling somewhat reasonably priced food. There was also a speaker system there and a bunch of people dancing during the day. A nice play to sit out and drink a beer and eat some pizza and people watch. It actually reminded me a lot of Oakland. I think Lindsay and I both agreed that if we could find a place like this in whichever city we ended up living in we’d be very happy and content.

We also returned the rental car we had been using. There was a bit of bumper damage to the car and we had to deal with that, but it turned out not to be a big deal. Somehow, they gave us a repair quote within 5 minutes of bringing the car in. I guess they just have standard pricing for everything. The next morning we took our final European mass transit ride to the airport.

At this point, things were getting “real” in terms of realizing that our trip was really coming to and end. Even still, I can’t say there was one single point where I felt like, “wow. This is all done.” This is actually quite sad for me to be honest. To this very day (we’ve now been home for a month!) I haven’t felt this way. In a way this is good. Sometimes in the past I’ve felt like I’ve been in the depths of despair or melancholy, thinking back with significance about all that we’d seen or done on some trip. On this particular trip I had been getting little sips of this feeling for months as I realized things were slowly coming to an end. Still, we had another 10 days or so left in our trip (more time than many people get in one single vacation in a lifetime!). We got to the airport 2 or 3 hours early and started our (long) trip to Barbados.