I started work right away when we arrived home (I think we actually drove into Jenison around 11:30PM on Sunday night, and I had work at 9AM the next day), so not much of a window for a transition. 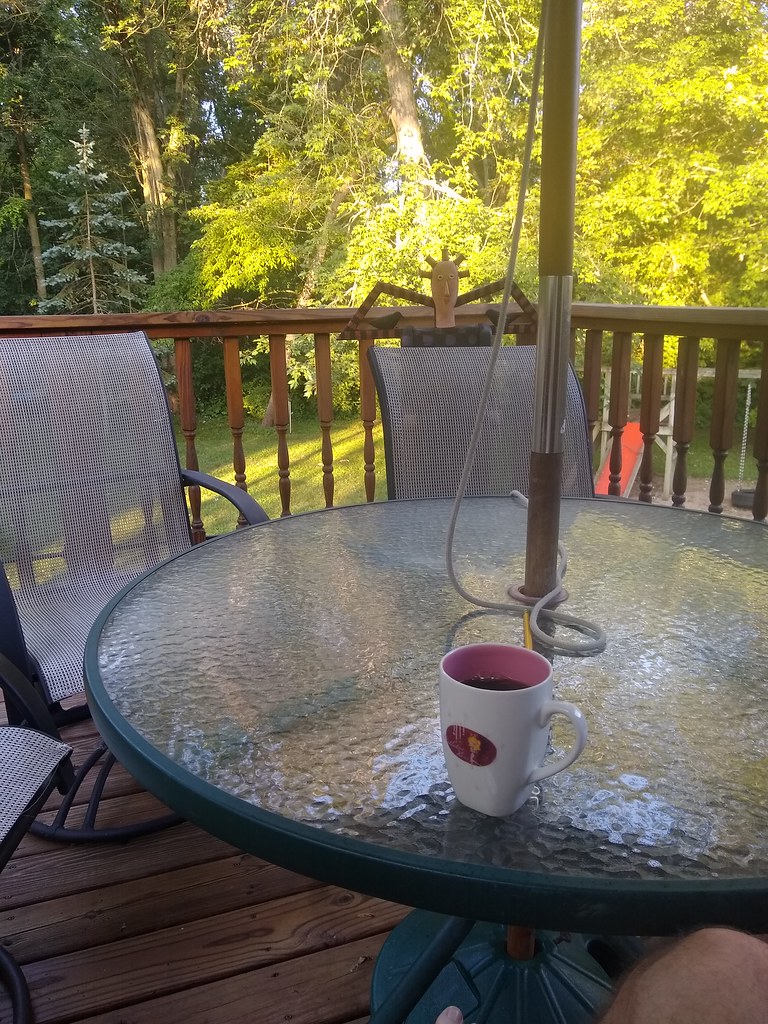 This is from the first day back, sitting on our porch in the backyard drinking coffee, feeling very lucky and happy to be with family

Being home is always amazing, and it was nice to have some time home to spend time with the family before moving again. We were home for around a month and a half, which – this is quite a while really, but time goes by so fast when we’re staying with our families it felt like nothing. During the time home I mainly worked but also spent a bit of time working on a hobby project / future Christmas present for my family (I hope!). 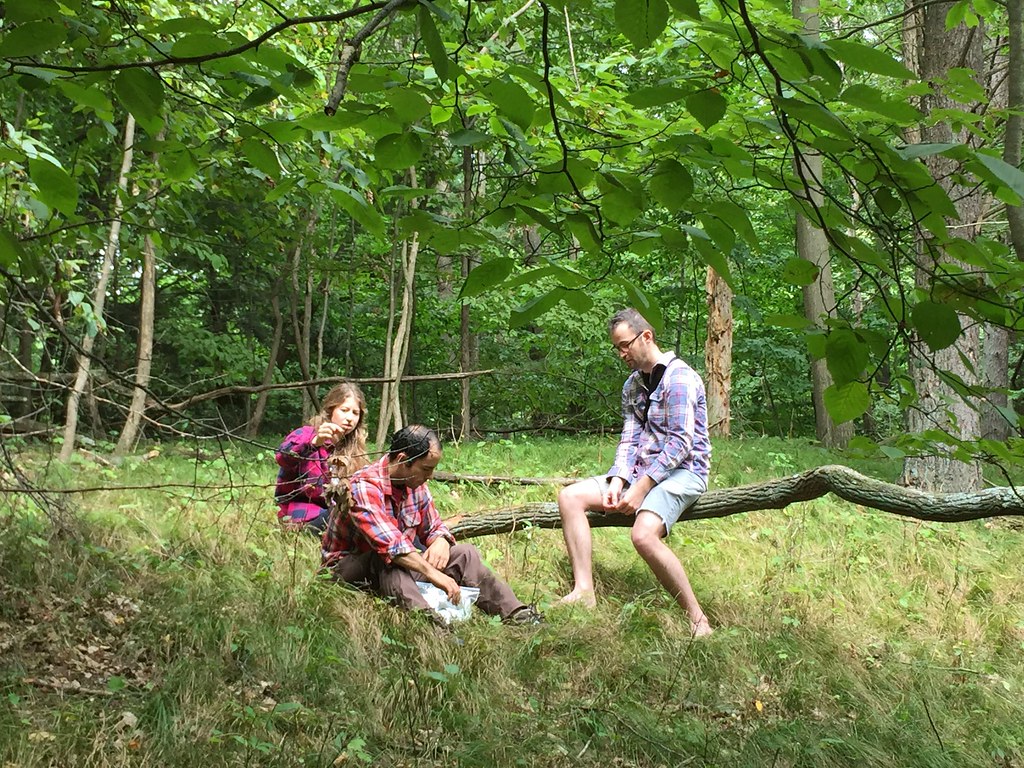 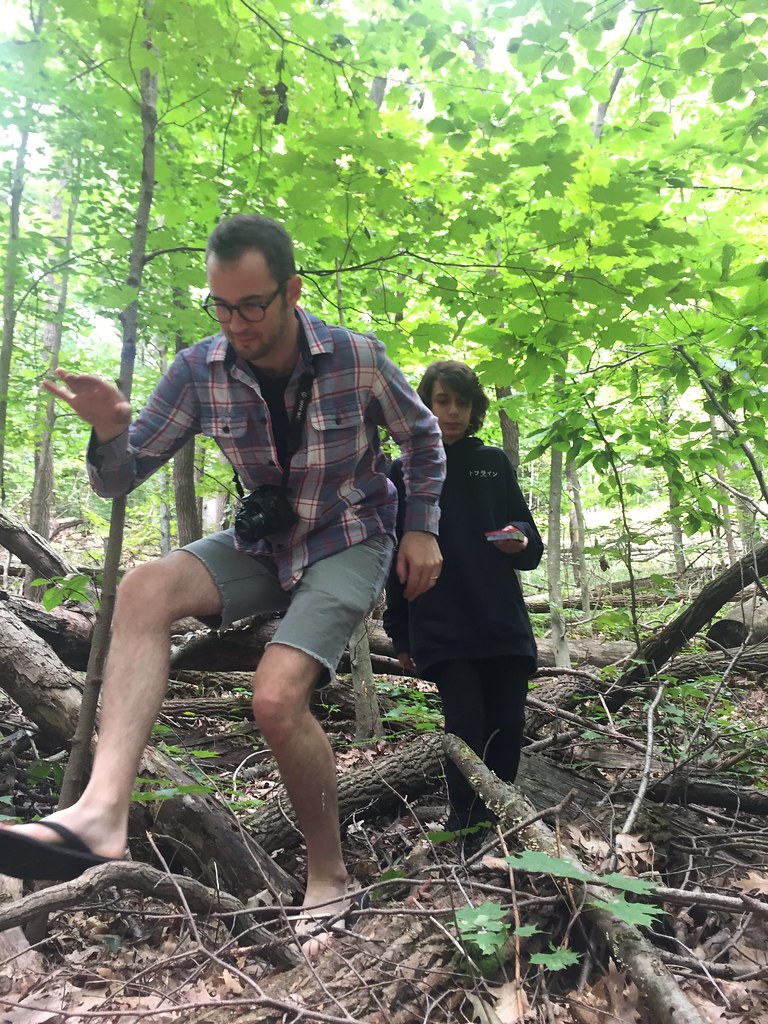 It’s a bit difficult to describe how I felt about leaving Japan during this period home. Basically, I was just so happy to be home I didn’t feel much sadness. Lindsay actually brought up more often than me feeling sad. I can’t say I felt a huge deal of culture shock or anything, but maybe a year just isn’t enough time, or maybe we’ve just moved around so much lately that it’s just something we’re ready for. It turns out, feelings of sadness would come a bit later (not crazy sadness or anything, but more like an occasional mild depression), somewhat surprisingly in England.

Anyway, while being home we managed to pack quite a few things in now that I look back. Some highlights include, but are certainly not limited to, a trip to Cleveland to visit Brittany (which was very surprising actually. Turns out Cleveland is a pretty cool city!) which was awesome. We also fit in a trip to Detroit and Ann Arbor on the way there / back.

<I was going to post a photo here of Brittany and Lindsay and myself but I’m not sure the other two would be super excited about the photo… sadly I don’t have many from Cleveland!>

I hung out with the Teeples, and helped them build a deer blind 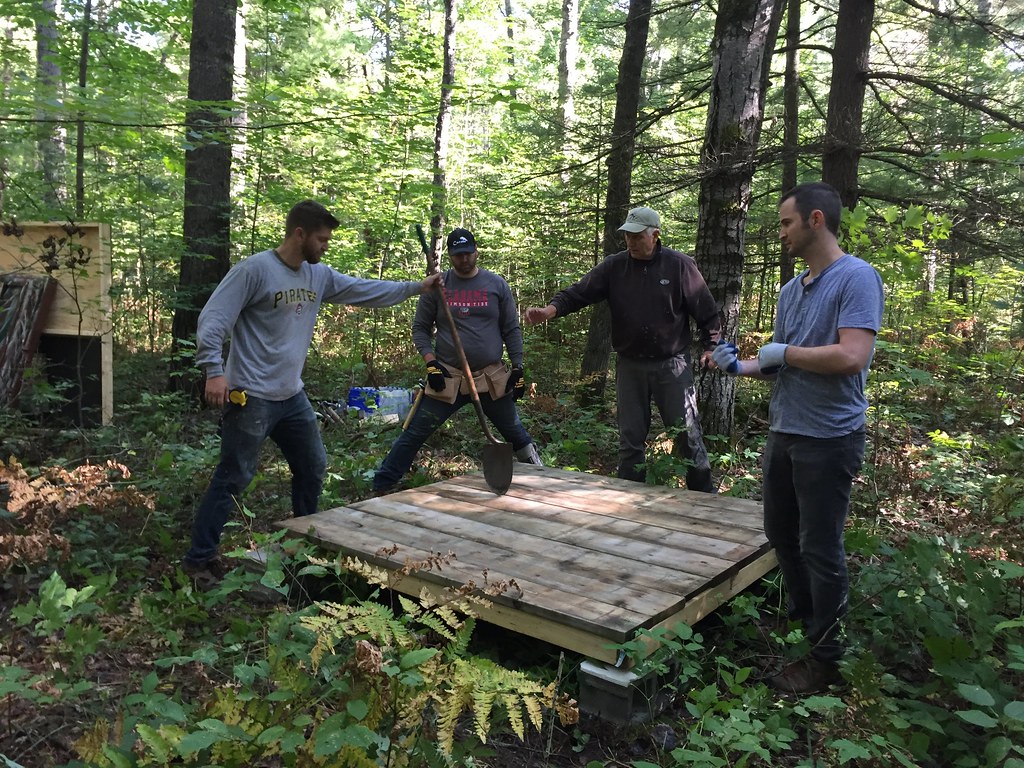 After the time at home, we started the move to England. In Lindsay’s case, she had no work to attend to so we decided that she would go to England ahead of me to secure an apartment and the all important WiFi so that when I arrived I could begin work immediately without stressing about internet. Lindsay left sometime mid September, while I had two weeks of a nomadic period making my way from place to place. 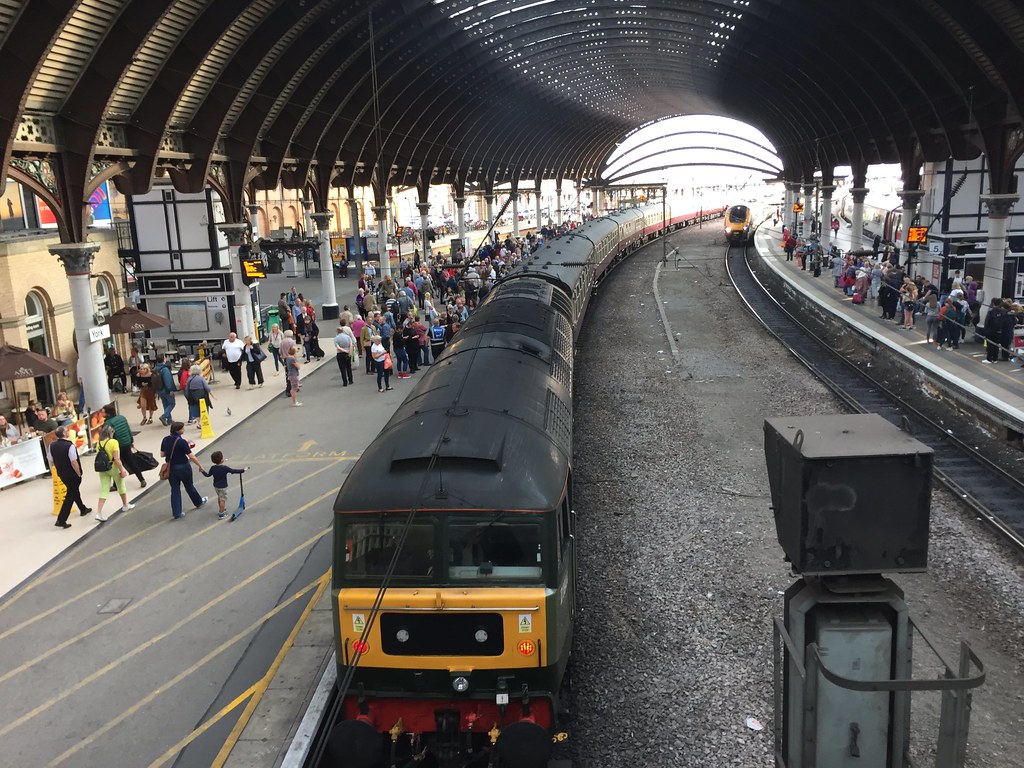 One of the first photos Lindsay took from York, of our amazing little train station

So around I start all of the things I mention below, Lindsay had already arrived in York. I won’t say much about this, but basically Lindsay stayed at an AirBnB in York with a woman named Maria. It took her about a week, maybe a bit less of looking at apartments until she found through a lot of luck (and hard work / perseverance) an amazing little apartment with some great neighbors. More about that in a different blog post!

Meanwhile, back in the US / Canada… 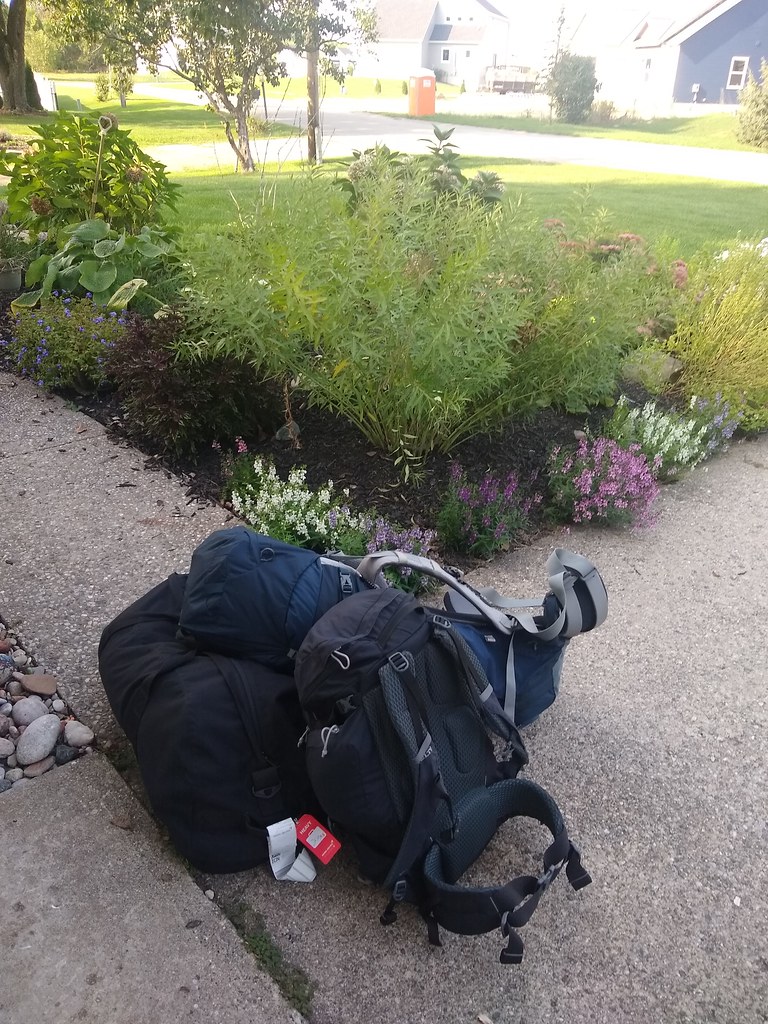 This was all of my stuff I was moving to England with. Photo was taken just as the Uber driver pulled up to take me to the airport to rent a car to then drive to Chicago. This portion of the trip was a bit stupid, but it was cheaper to drive to Chicago then fly it turned out.

First I with some friends (Jinnie-ya, I don’t have any photos of you!) in Chicago which was great. It’s so nice to have so much history with somebody. It makes it so easy to see Phill and just hang out. 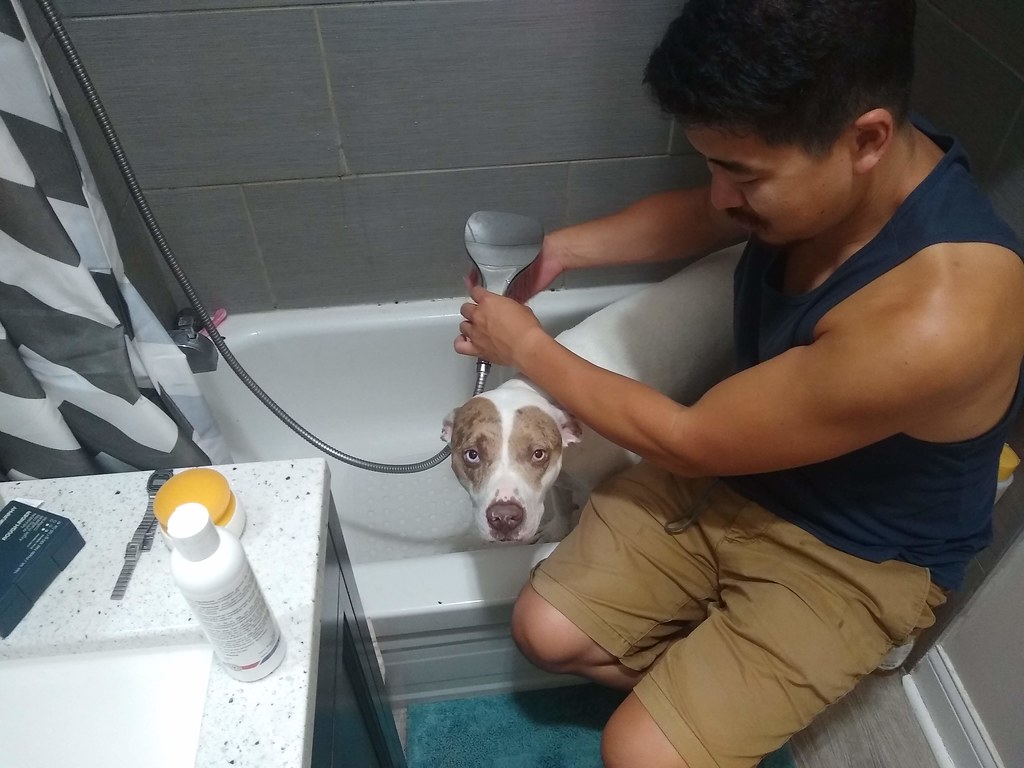 I went to Toronto for work and hung out with some very good friends (Marc, Gemma, and Mark I sadly don’t seem to have a photo with, although I think I took the Toronto sign photo one night walking around with Marc which was awesome). Side note: Toronto is actually a pretty cool city, and it was such an amazing and refreshing experience to meet some new co-workers and get a chance to chat with people at the company I’ve never met. 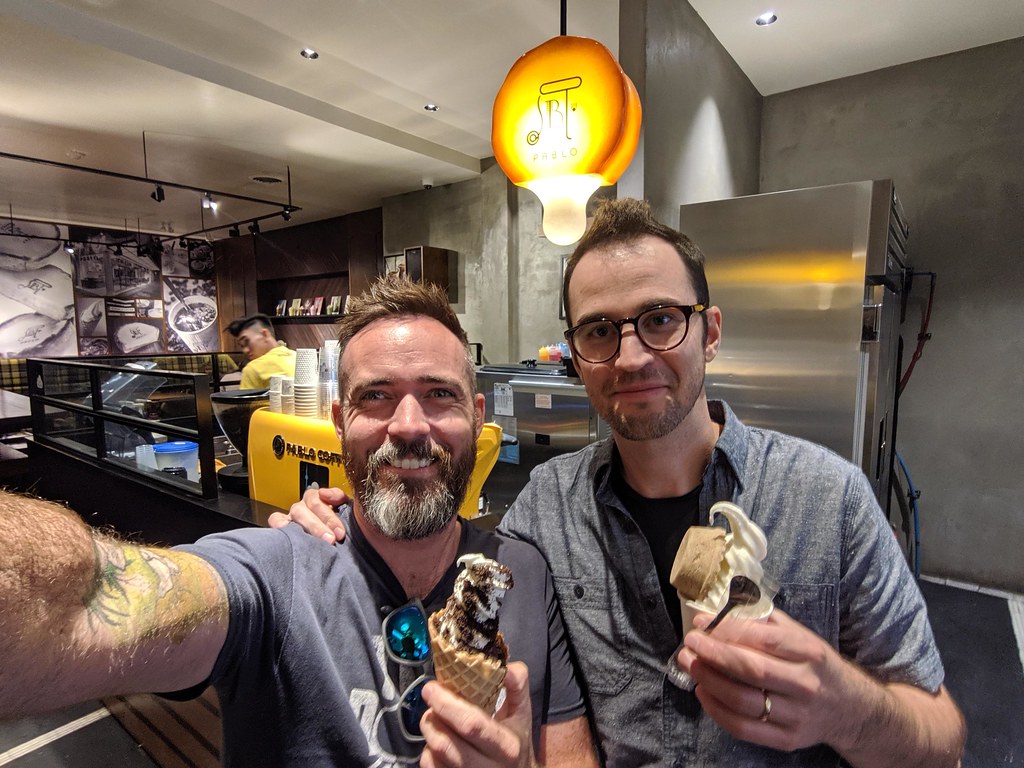 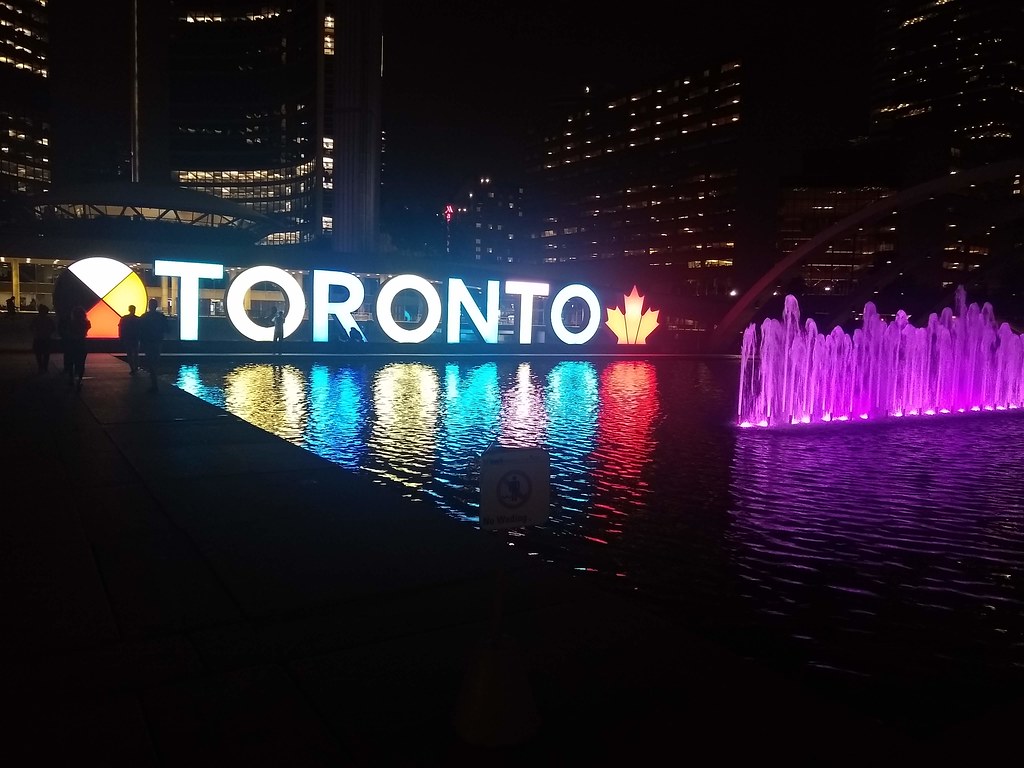 After Toronto I met up with Kevin and Nick, or Nick and Kevin up in Houghton, Michigan.. I could not have had a more amazing / awesome / fulfilling trip. In the months that followed, after the highs of moving to York and being in such a beautiful / magical / history city I’ve often thought back to this trip and felt and been reminded about what sorts of things are important in life. Really makes me wish all of the people I love could just move into one big town together.

We met up on a Wednesday evening in Chicago airport and all flew into Houghton airport together. From there we drove up to the Copper Harbor and stayed at a cabin / house right on Lake Superior. Drank some beers, went to the outdoor sauna, and not for a single second were we not talking / laughing.

One amazing coincidence, while we were up in the northern Keweenaw, it turns out Calumet hosted a Red Wings NHL game. If you don’t know about Calumet, it has a population of around 750 or so… So hosting a large NHL game was pretty surreal. We didn’t go to the game (you couldn’t even buy tickets) but we did get to experience the surrealness of the event. It was a bit weird to be in the town when the game was going on, because it’s SO quiet. You could stand in the middle of the main drag through town and not see a single person / car and at the same time look at the hockey rink and know there was a real NHL game going on in there at that very moment. Just very surreal. We ended up watching part of the live stream of the game with some of the locals at the high school football field where they projected the game. 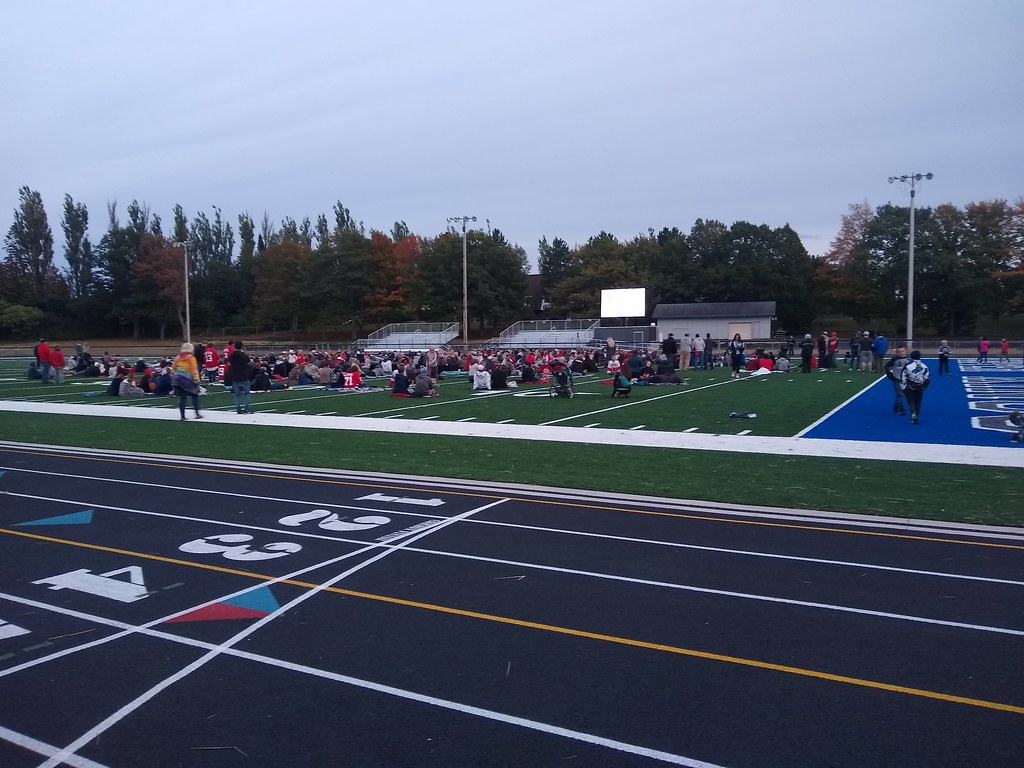 this is from the game live stream in town 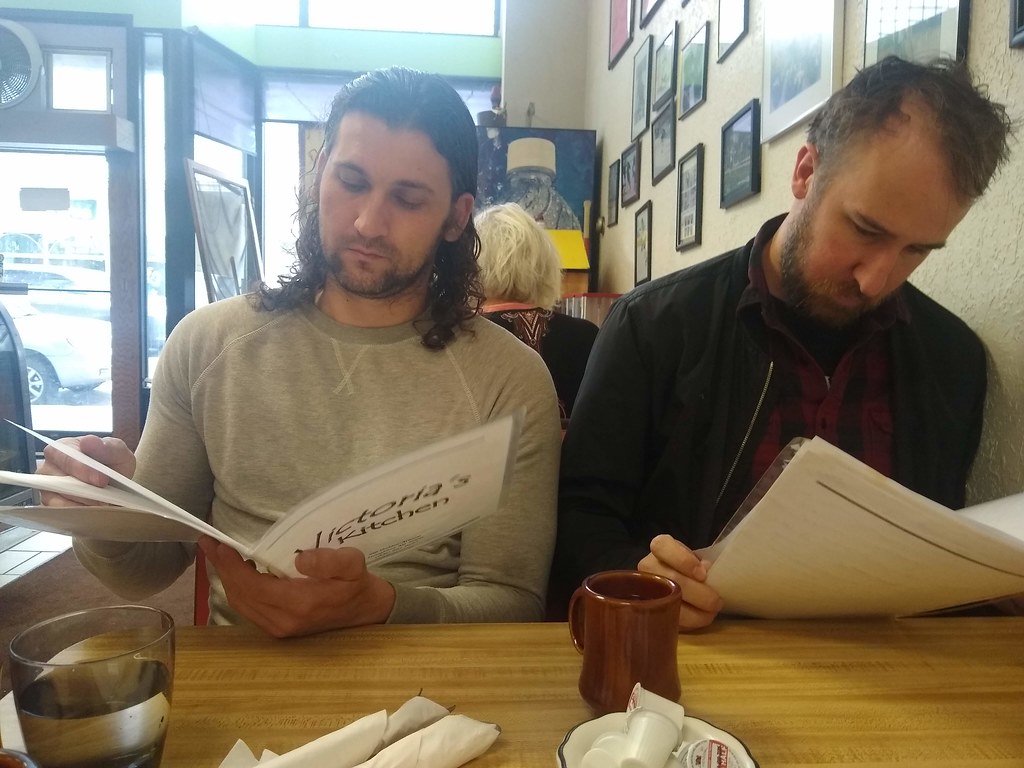 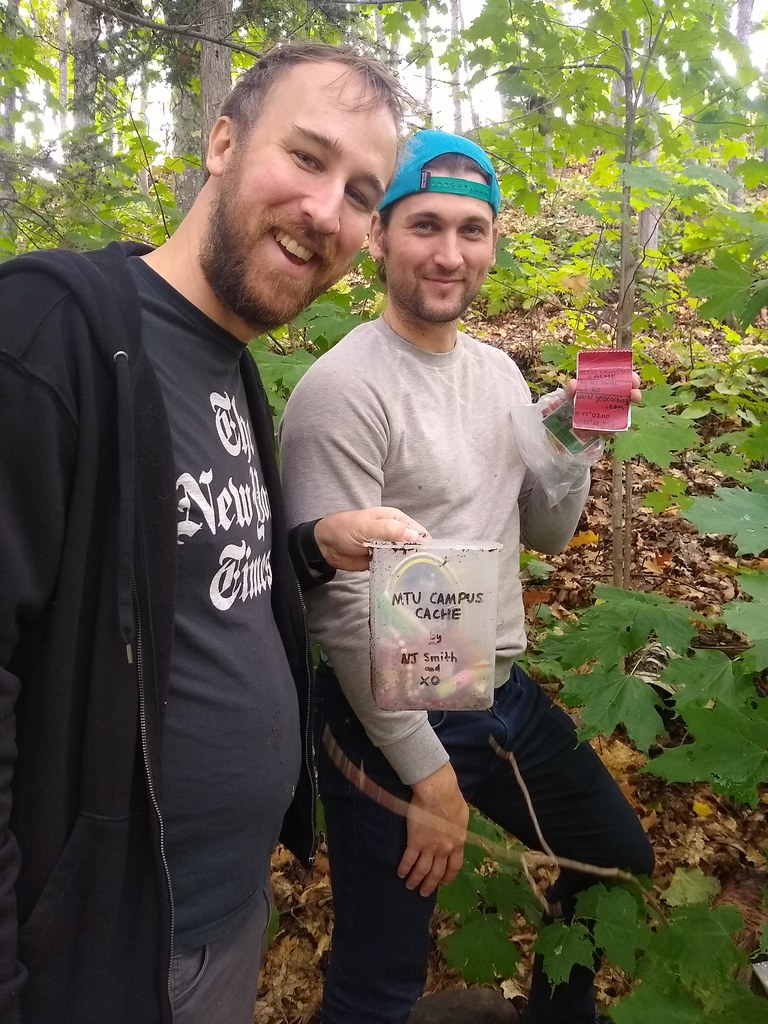 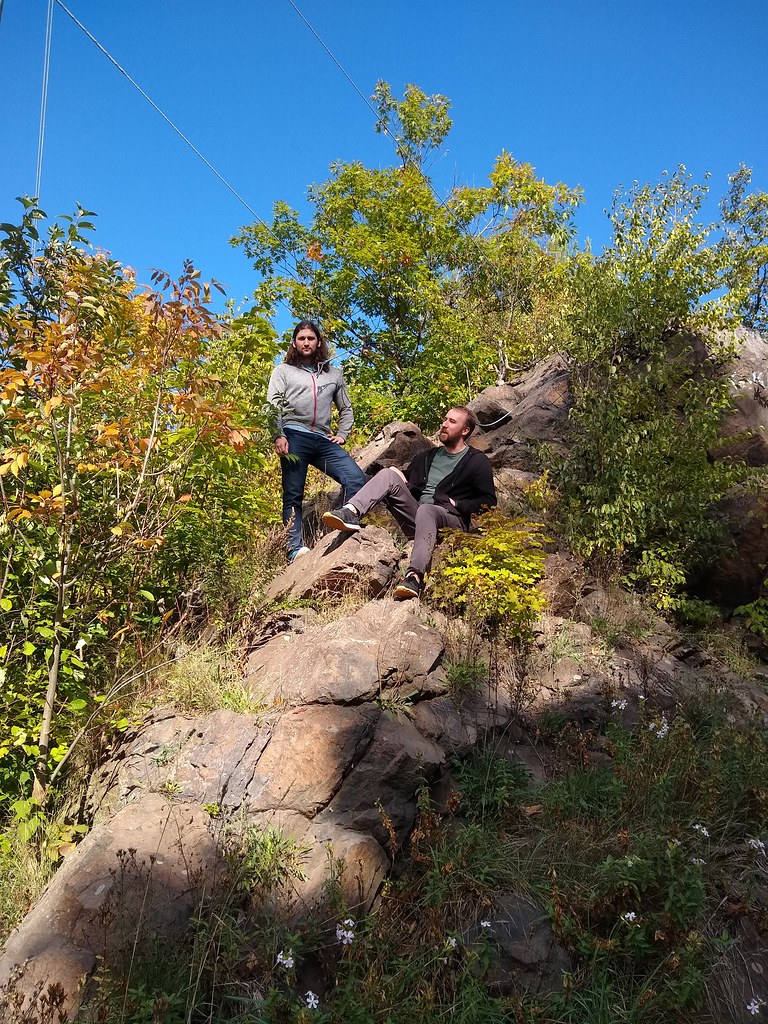 And finally on to York

I got back to Chicago from Houghton mid-day on Sunday. Then I had to take a train to get back to Phill and Jinnie’s to pick up a bag, at which point Phill and Jinnie and Andrew drove me BACK to O’Hare to take my final flight to London.

The trip to London was uneventful and easy. Bags were heavy and awkward and that is always a bit miserable, but we’re pretty familiar with that type of situation at this point. I flew direct from Chicago to London, then took a train from London to York (around 2.5 hours).

When I actually arrived in York, I was genuinely surprised and thrilled at how amazing it was. Lindsay had already indicated on the phone that the place was “magical”, so I expected it would be nice, but really York is basically the dream version of an old historic English city. I plan on writing another blog post about living in York and I’ll post some more photos and details, but for now I’ll just say it really is a pretty special place, and I feel pretty grateful to be able to call it home. 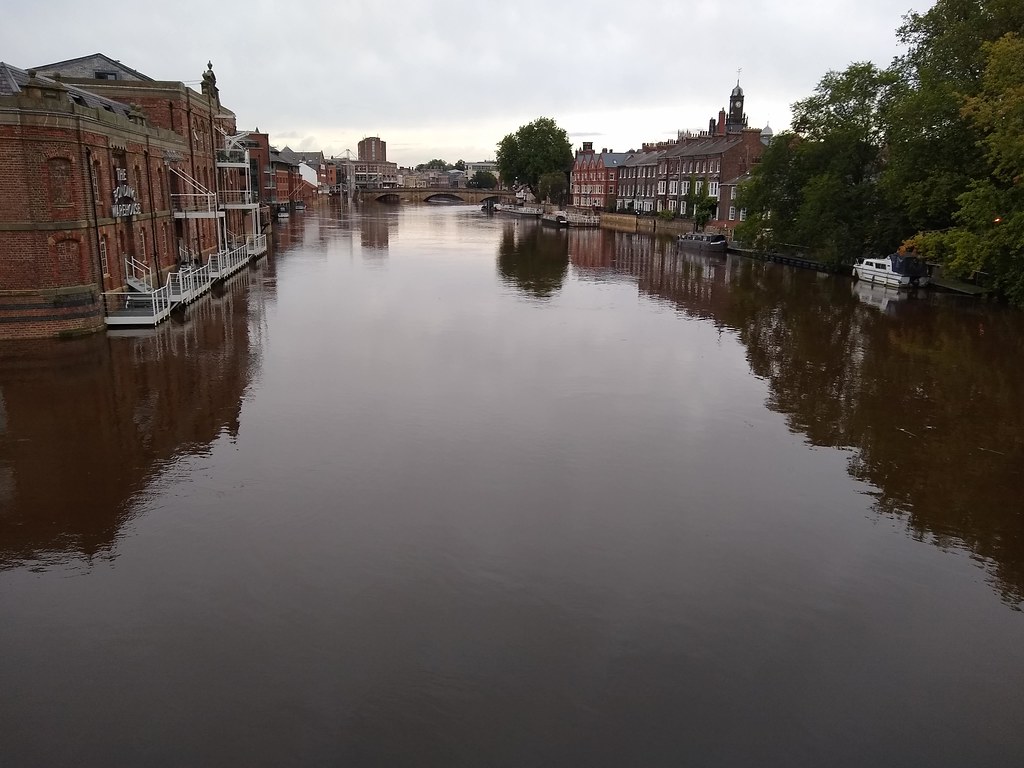 This is apparently the first photo I took in York. This is the river Ouse, about a 8 or 9 minute walk from our front door. Not the most beautiful of photos, but I guess I was in love enough with the scene to have it be the first thing I took a photo of while jet lagged and tired.

So for now that’s it. We now live in York. This isn’t the most timely blog post as I arrived in York at the tail end of September and it’s now December and I’m actually typing this from Sweden.. but at least it’s not THAT far off.