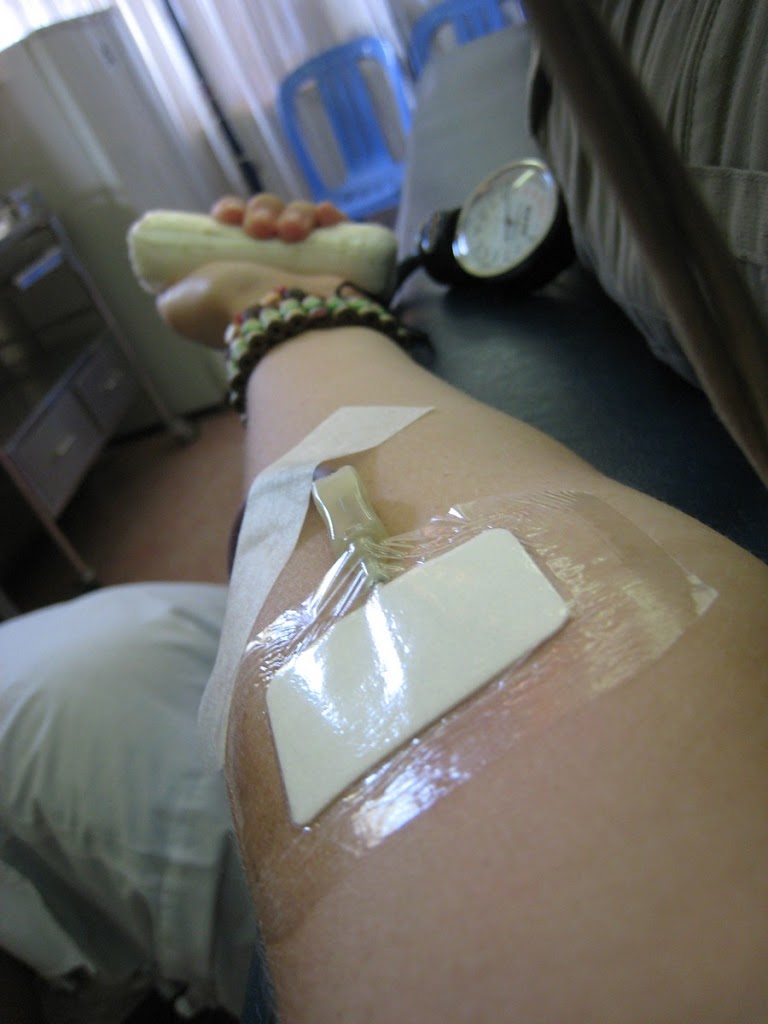 a few weeks ago while in phnom penh, i happened across an article talking about a man who has devoted his life to trying to help save cambodian children’s lives. through the article, i found out that every saturday, this man performs a concert, under the stage name “beatacello,” where he provides information on medical statistics in cambodia, and asks for money or blood donations to help keep the hospitals running, and blood available for those who need it.

(there is a chance i might get carried away here as i tend to do sometimes when i feel strongly about something.
i’ll try to be concise, but i’m not promising anything :))

in 1975 (during the war) this man, dr. beat richner (a perfect name for a cellist and doctor, wouldn’t you say? :)), came to cambodia with the red cross and has since spent his life trying to raise the money necessary to build hospitals for cambodian children throughout the country. since 1991, he has been able to help open 5 hospitals and a maternity ward in cambodia — all of which offer free services for their patients. during the concert, he spoke on some of the issues listed below….
* approximately 34% of Cambodians survive on less than $1US/day
* of a population of 13 million, nearly half are under the age of 15
* 51% of cambodian children are malnourished
* 1 in 7 children die before their fifth birthday – largely due to preventable causes
* the HIV infection rate in cambodia is the highest in SE Asia

beat was determined to provide every child who needed it access to full medical treatment, unhampered by corruption — a daunting task, but one he felt was achievable by offering fair wages to the entire staff… down to the people who clean the floors –something that does not happen here.* each year 75,000 children are hospitalized (average stay: 5 days)
* 800,000 ill children receive treatment in the outpatients department
* 400,000 healthy children get vaccinated
* 16,000 surgical operations are executed
* 12,000 birth in the maternity (designed to prevent mother-to-child AIDS and TB transmission)
* and 3,000 families daily receive health care education
ALL because of these hospitals. amazing, right? and as i mentioned before, all medical services are free of charge since the families in Cambodia are simply too poor to even make a small contribution towards these medical costs.

without Kantha Bopha, 3,200 additional children would die in Cambodia every MONTH.

we walked away, knowing full well we were unfortunately not in a position to help financially, but that we could give blood. this was cool, because we got to find out what our blood type was.
each of the 4 dots (i think) was being tested for a different type.
kev’s set was way prettier (type A+) and I was O…
whatever the case, mine was an ugly brown color, while his was a pretty blue. i should say that the hospital was extremely clean, and we were given treatment just as we would in the united states. it was really quite an impressive outfit, especially when you looked out of the windows at the types of conditions surrounding the hospital.

without access to modern cooking amenities, the majority of cambodians still cook on ground fires. because of this a HUGE number of children who come into the hospital are burn victims, who fall into the fire (we have seen countless burned children since we’ve been here, and had no idea why until last saturday). since the roads are so terrible, and many are coming from the countryside, many children are in shock by the time they finally make it in, and need full blood transfusions. this was the first time i had ever given blood and i was amazed how simple and painless it was. i’m not a needle person, or a hospital person, or hell…a blood person, but it really was a piece of cake. it made me realize how something so simple could be so important.

although this blog is not intended for political purposes, if you feel you are in a position to help this hospital, and these people, i feel i should at least mention where you can get more information.
http://angkorhospital.org/default.php
http://www.fwab.org/help_donate.php

unbelievably, 85% of the funding necessary for these hospitals to run come from PRIVATE DONATIONS. the annual budget of the running costs is now 24 Million USD. less than 1 million comes from the cambodian government. yet, even still, Kantha Bopha’s relation costs/healing rate is one of the best in the world.

just something to consider.