In 5th grade (might have been 4th?) I started an origami club. I think there was one other member (Andros? Bob? ), and there were only a few club meetings (we were allowed to stay in during recess and do origami), but it was still a thing. I can’t tell you how many origami books I rented from the library at that point in my life – this is years before I even really knew what Japan was.

This is but one example of how Japan sort of just “fit” into my life, but there are many others (my hate for tipping, the fact that I so enjoy taking my shoes off when I go home, my love for gadgety/techy things, etc, etc).

All of this is to say that Japan was a place that I’ve wanted to go more then anywhere else for a very long time. And now Lindsay and I have gone, and as I type this I am at the Kansai international airport in Osaka getting ready to leave. I am quite sad about leaving to be honest. This is in large part because Japan has been everything I had hoped it would be. Every fantastic idea of what I thought Japan might be turned out to be pretty damn close to reality.

To finish up things with the trip itself, we just spent 4 awesome days in Osaka. We had few expectations of Osaka, but sadly it turned out to be one of our favorite cities. I say sadly because we spent less time here than anywhere else in Japan. Honestly, given the choice to stay in Osaka, Tokyo, or Kyoto (the larger cities we spent real time in), we both might choose Osaka. It felt slightly “grittier” and at the same time a bit more down to earth or something. I don’t know.

To start things off, we spent our first night in a capsule hotel. This was “one of those Japanese things” that I’ve sort of always idealized and wished I could experience, and as with other things it was as great as I had expected.

For those not familiar, capsule hotels are generally geared towards “salary men” who might stay too late working (or drinking) or are traveling and can’t make it home at night and don’t want to pay for an expensive hotel. So they are literally just “capsules” stacked on top of each other that you sleep in.

But it’s like being in outer space! Lindsay took these photos of her capsule (note the sexes are separated) 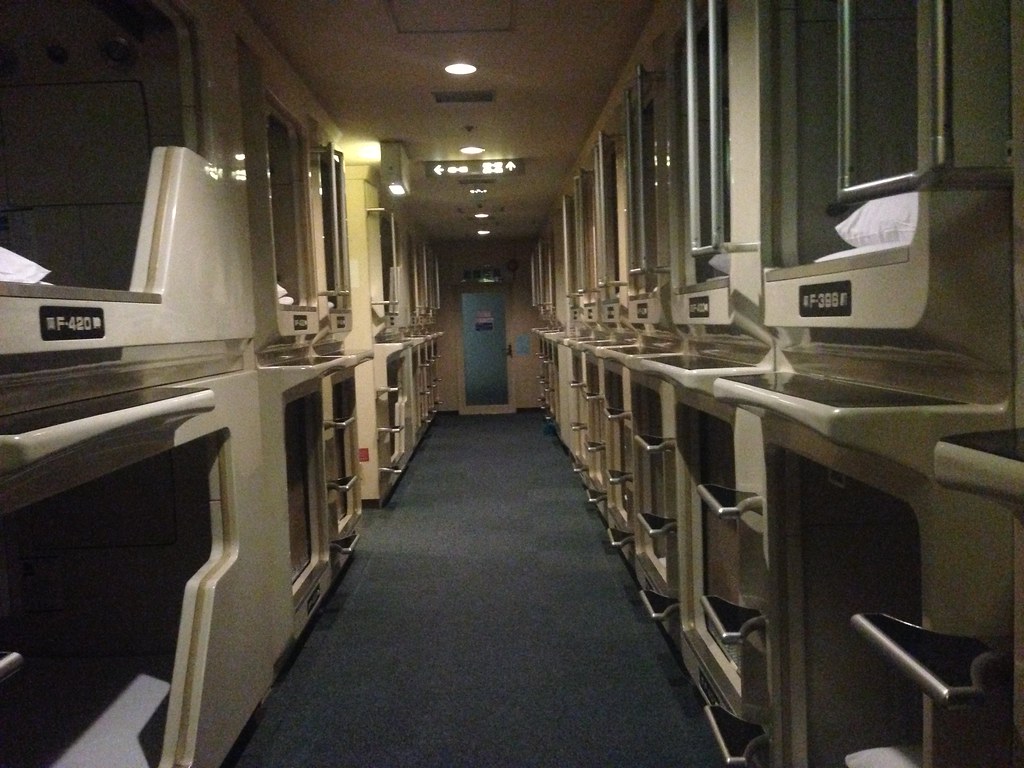 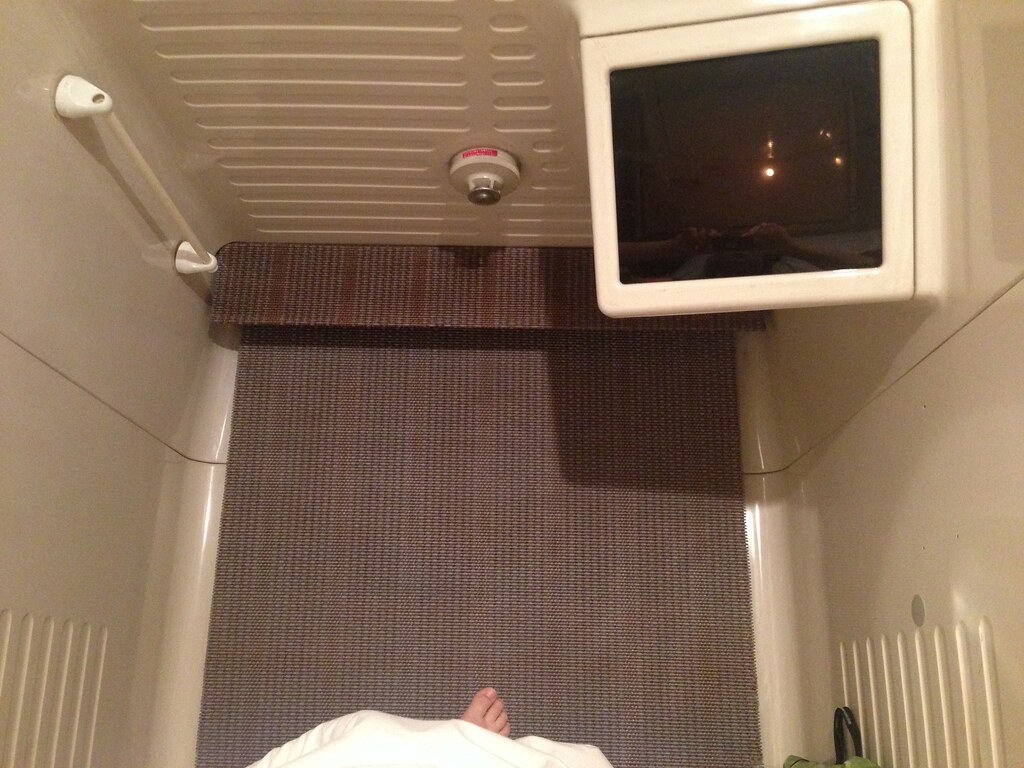 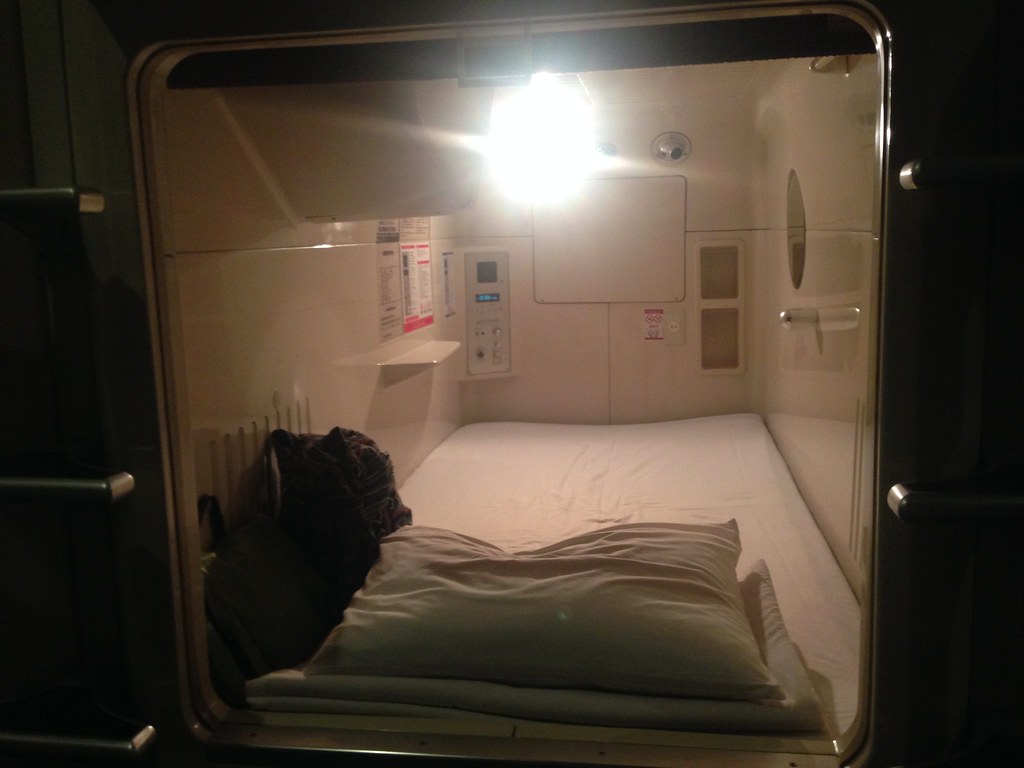 I had a SUPER drunk guy climb in on top of me sometime around 2am, but he was friendly (I think, based on the few motor skills he was able to use) enough. There are no locking doors, just a wood/fabric mat that covers your door. You can read a lot more about these things on the ol’ internet, but the point is we did this and it was awesome. Also awesome is the fact that you put your shoes in a locker when you enter the capsule hotel, and then you get another locker that has a robe in it that you wear for your stay. There was a Japanese style bath/shower/sauna/soaking area with “free” single use shavers/tooth brush. I would say that one complaint I had is that the common areas allowed smoking and I think my throat is becoming more sensitive to cigarette smoke. Anyway, it was awesome.

After the capsule hotel, we did what we normally did and walked around Osaka a lot. We had ramen, we went to the grocery store, we ate various snacks and drank various beers. We spent a good half a day (if not more) geocaching (though we went like 2/7), and more walking.

We saw the Osaka castle (the photo doesn’t nearly do it justice – it was in a beautiful park, and there was a “Sweet Marathon” going on) 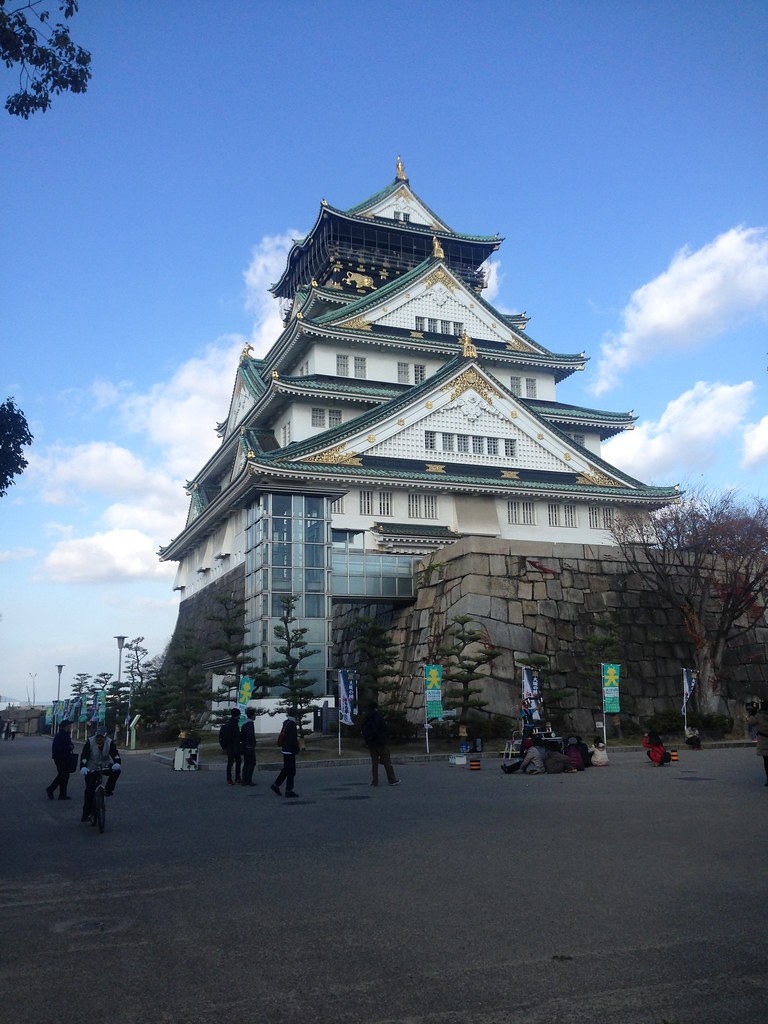 But a REAL highlight for us was couchsurfing with a great new friend, Kyo. Kyo is a super nice guy and he introduced us to a great new friend Nia. Kyo made us a great hot pot dinner one night, and otherwise was just a really nice guy. 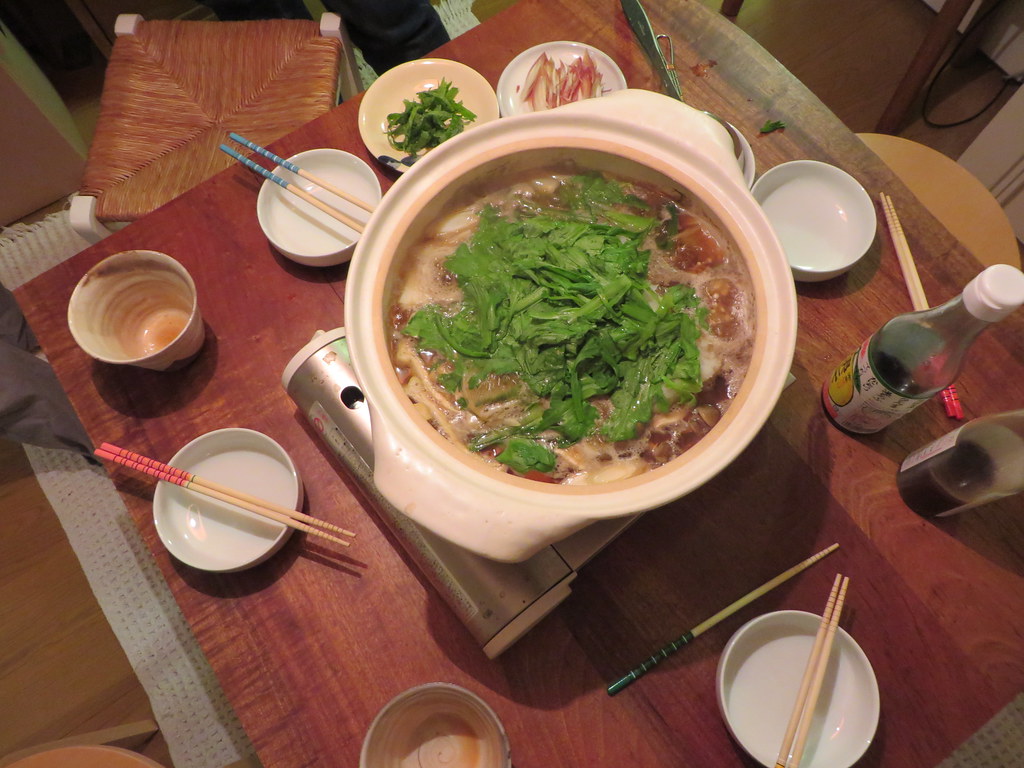 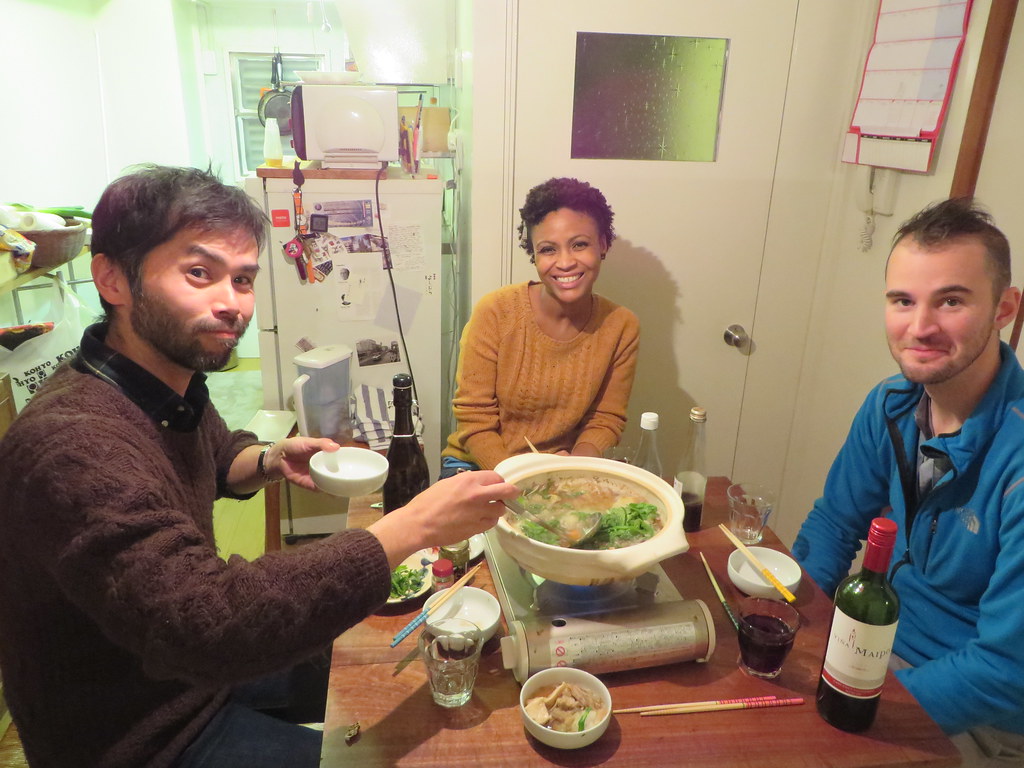 Kyo also took us to his office to show us where he works. His company (basically) restores/renovates traditional Japanese houses. I happen to love traditional Japanese houses, so it was pretty awesome. His “office” includes various show houses, which are basically my absolutely ideal/dream house. Think wood burning stoves, fresh mountain air, cut cedar planks everywhere.

And that was about it for Osaka, and Japan. Now we fly to Istanbul.