Well, blogging while in Canada proved more difficult then I had expected. Mainly because of a lack of power, the fact that it’s not super easy to drive and type, and the fact that we were nearly always moving somewhere. So now I’m home, short on time as our India adventure is about to begin, and looking back.

So, in the interest of time, I’m going to post a few photos that will generally give an idea of what the rest of our trip looked like. 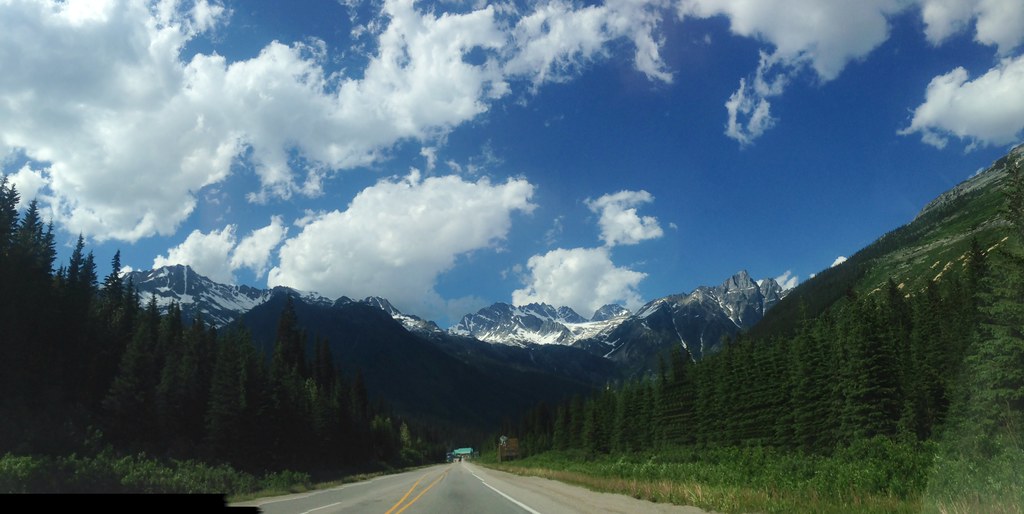 We really liked Banff. It was, for us, more enjoyable then Yosemite. The water was all very beautiful, though not super practical as far as swimming went as it was pretty cold (glacier runoff) and mineral rich and so not great visibility. But awesome. The actual town/city of Banff was pretty awesome as well.

Here’s a video of some of the non-glacial water:

And here is a video of glacial water: 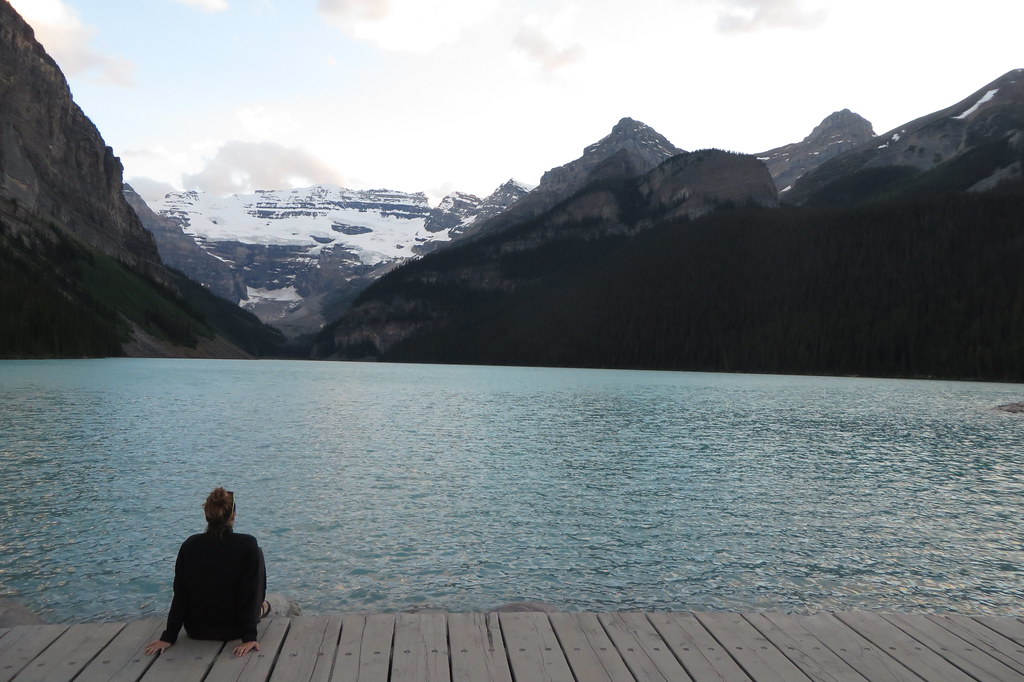 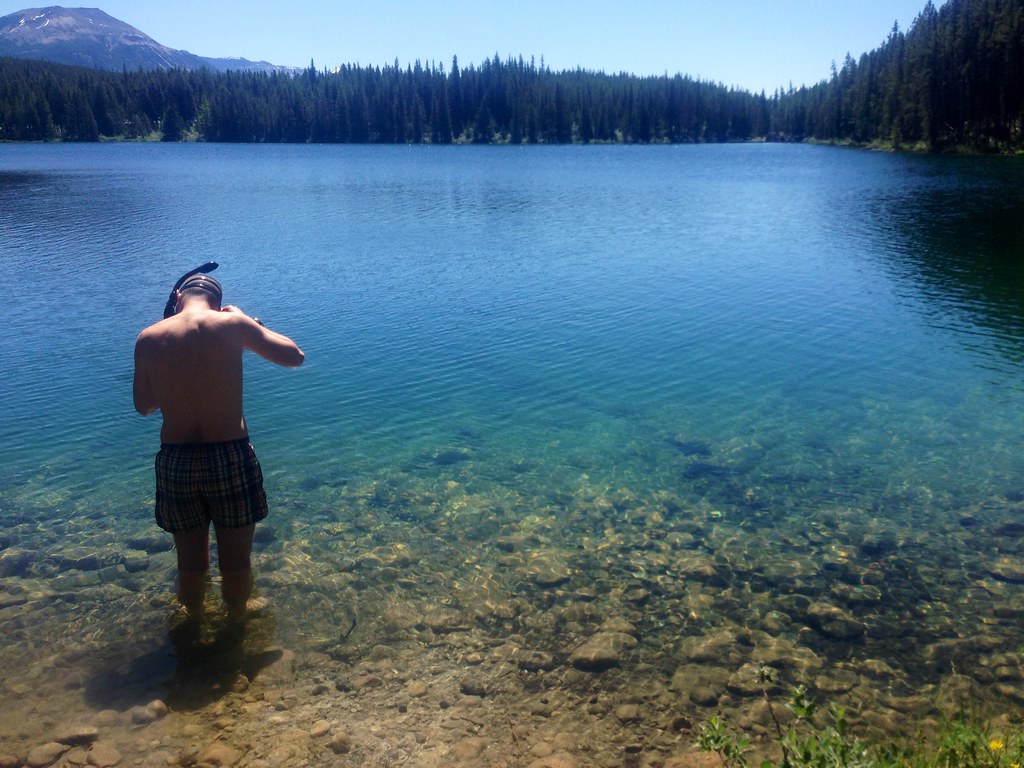 We went to a hot spring pool in Banff (the Upper Springs). This was awesome, although I’m guessing the water was about 1% spring water, 99% tap water. Still very nice. 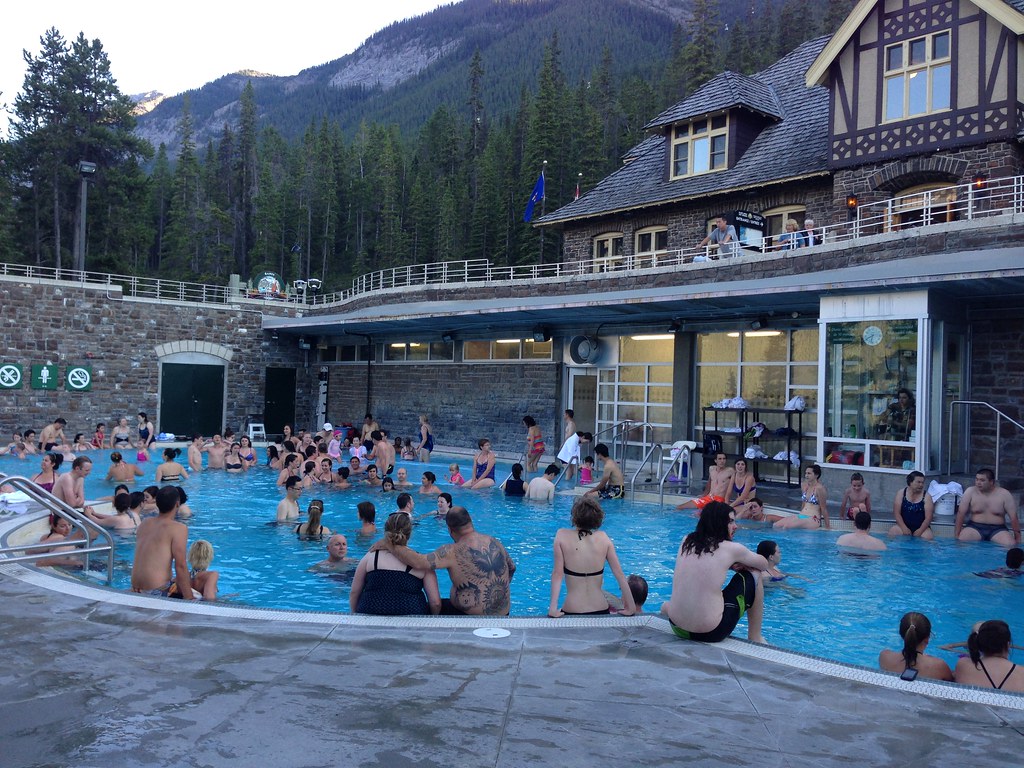 The campground itself we stayed at in Banff was a very nice national park. Of interest was the fact that our campground was completely enclosed by a electric fence to keep the animals from eating us. 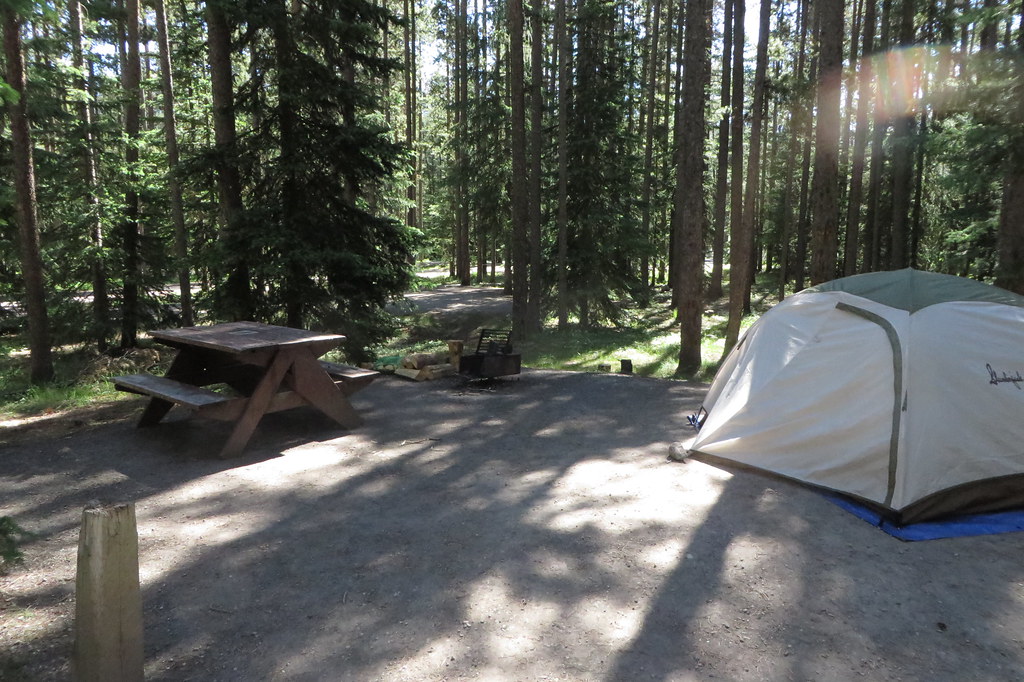 So, after Banff the plan was to head to Calgary and check out the city. After arriving, we realized that Calgary, while nice enough, didn’t really have a huge draw for us personally. We decided to move on, but wanted to see at least one “touristy” thing before we left.. We saw the Calgary Stampede from the outside, and then we read in our guidebook that there was a “bazar” with lots of interesting shops and coffee. Coffee sounded pretty good, so we opted to check this out. It was a crappy strip mall, it turns out. Thankfully, I had refused to pay the ridiculous parking meter so stopping into this place didn’t cost anything, but still we were not impressed. 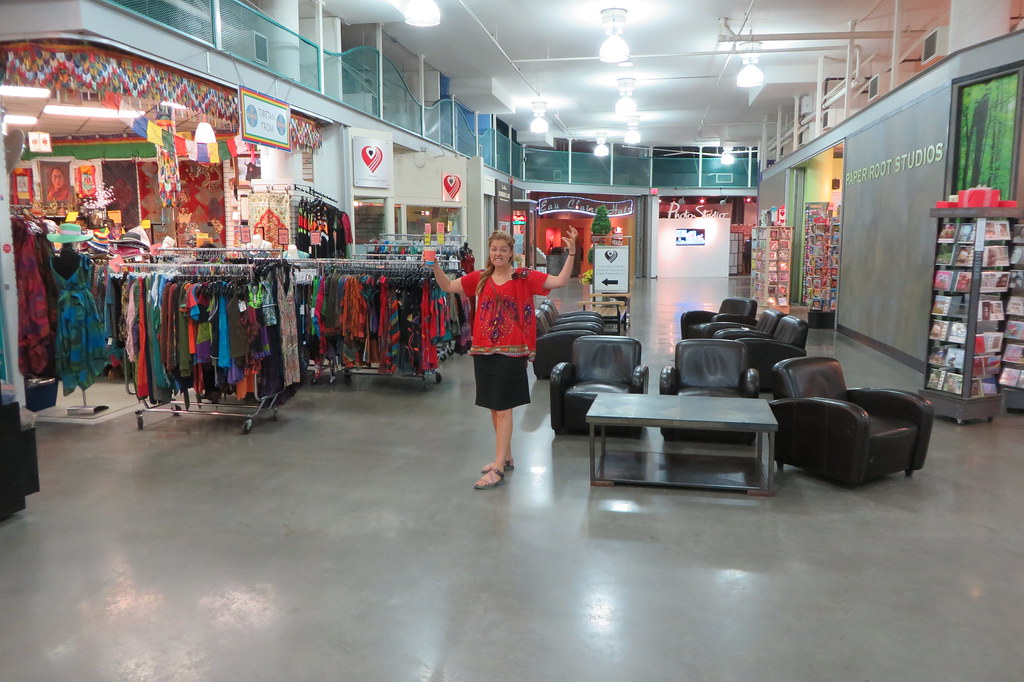 After leaving Calgary we ran into something that we knew we’d hit: flat wheat fields for ~1000 miles. 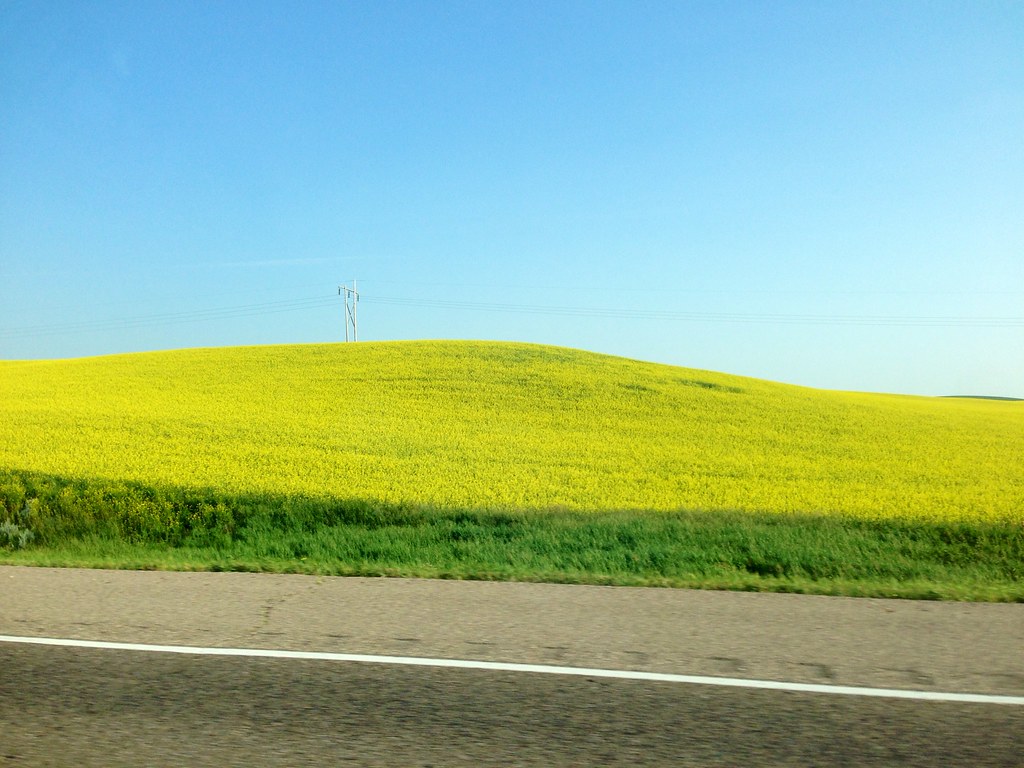 Honestly, we knew that we were going to have flat land because everybody and everything we read said as much, but it really was crazy. Almost flat roads, for days of driving. We camped along the way and ran into some of the worst mosquitos either of us had ever experienced.

One night, near Regina, Saskatchewan Lindsay and I decided we wanted a short break from driving and to eat dinner at a sit down sort of (cheap) restaurant. We drove forever, looking for SOMETHING that was open that wasn’t fast food. We ended up sitting down at a place, looking at the menu and realizing that the food, even at a small hole in the wall crappy sort of place was super expensive (for our budget at least). This isn’t a very exciting story, but it was one of the most frustrating things that happened on the trip. We wanted so bad to eat, to stop driving, etc. 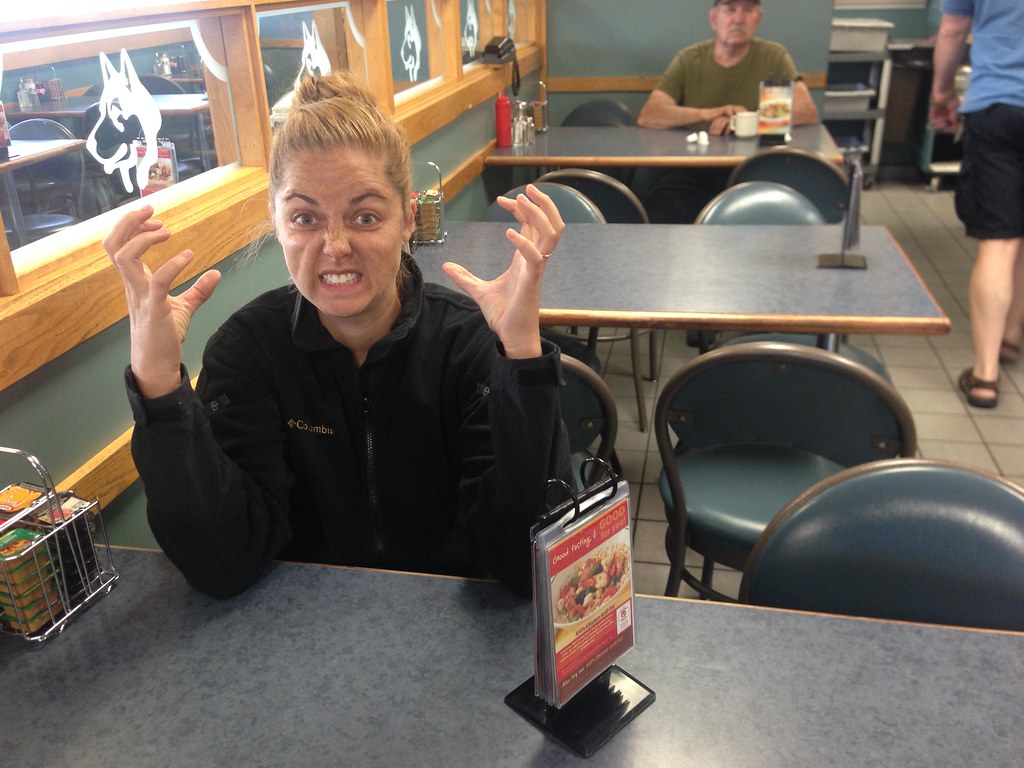 During this boring part of the drive, while I was driving, Lindsay often played The New Super Mario World 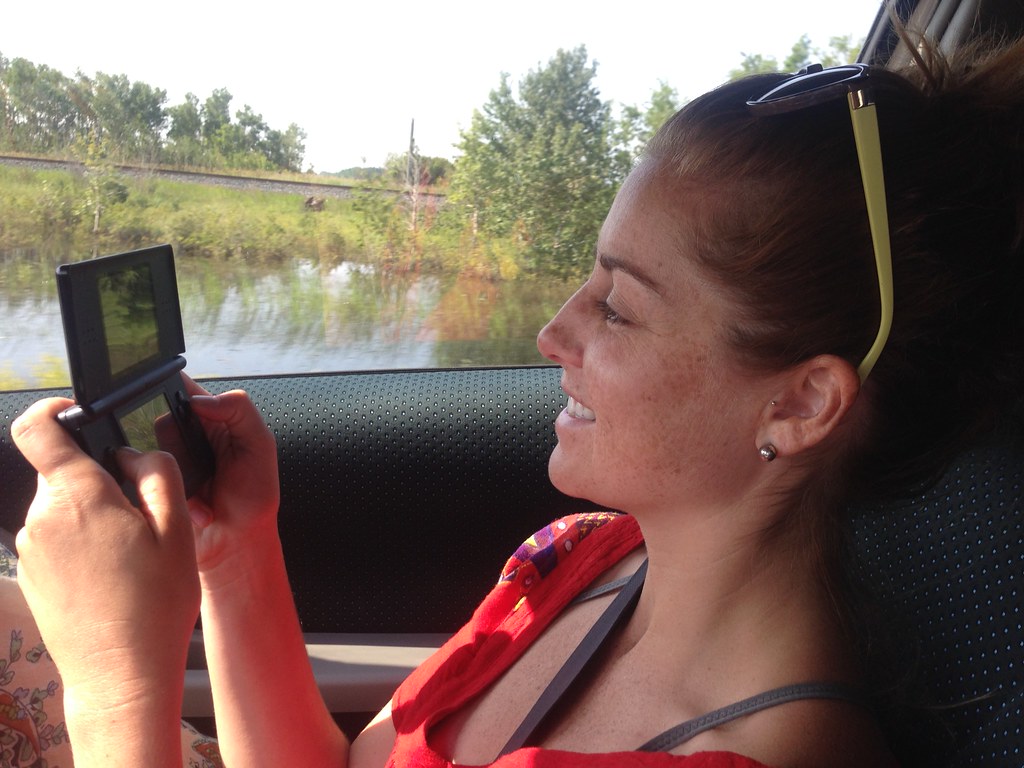 We stopped, for some reason, in this beauty of a town: Grenfell. 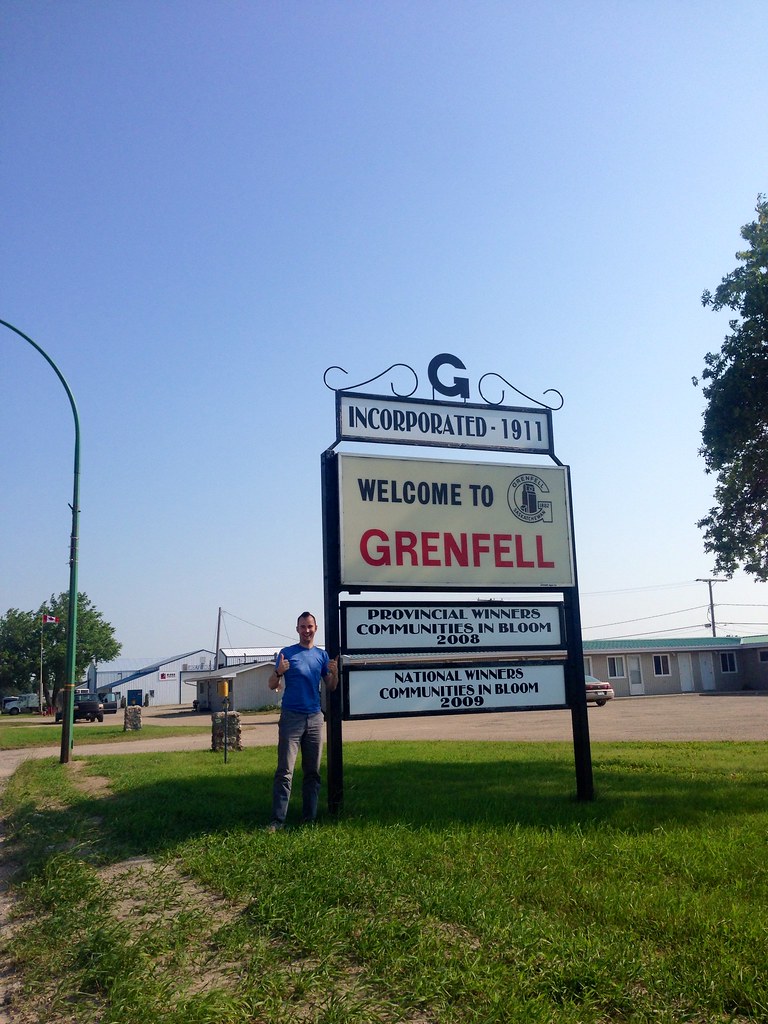 Eventually we made our way to Ontario.

First, we bought some smoked fish near Lake Superior: 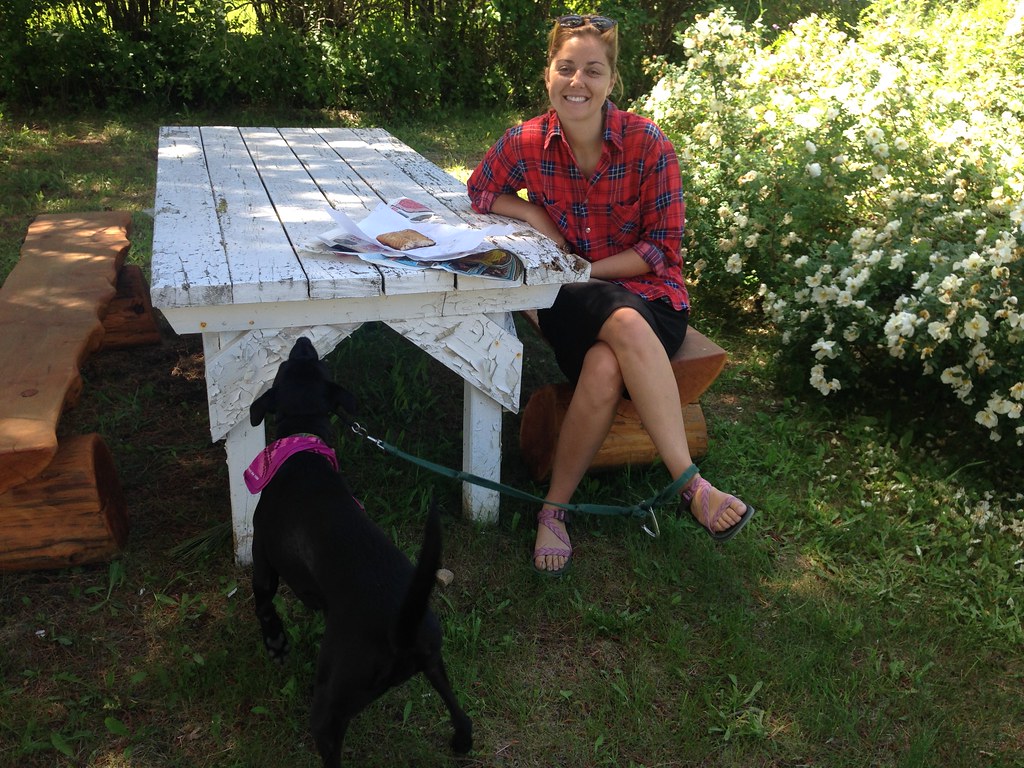 Then, we camped for a night at Lake Superior Provincial Park, which was awesome awesome. Probably one of our favorite places actually that we camped. We managed to catch a sunset which was awesome, and I was quite excited about swimming in Lake Superior…. On the down side, in the morning, just as I was coming back from taking a “shower” in the lake, Lindsay said, “well I think Sai has ringworm.” We looked at Sai’s stomach, and it sure LOOKED like ringworm, so we packed up camp and headed for the/a city.